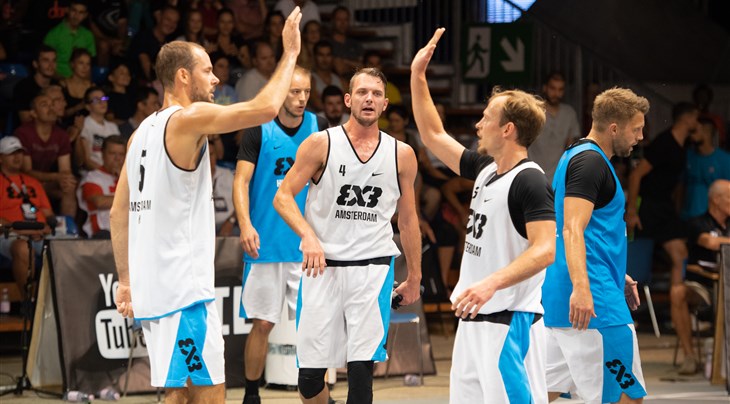 Amsterdam Inoxdeals was a force in Pool D with 2 wins before the limit: a 22-14 route of Kragujevac (SRB) and a landslide 22-9 win against Humpolec Bernard (CZE).

In Pool A, Novi Sad Al Wahda (SRB) continued their dominance after two easy wins against Kranj (SLO) and their fellow countrymen from Vrbas Avai. Can they continue their 19-game winning streak tomorrow in the knock out-rounds?

Last year's Debrecen Masters winners Liman Tesla Voda (SRB) also finished on top of their pool. They will be joined by Ralja Intergalactic in the next round. Hosts favorites Budapest finished their participation with a 0-2 record.

Can Riga (LAT) win a World Tour Masters for the first time? They dominated Pool C after defeating Gagarin (RUS) and Belgrade (SRB), who also advanced to the knock-out rounds.