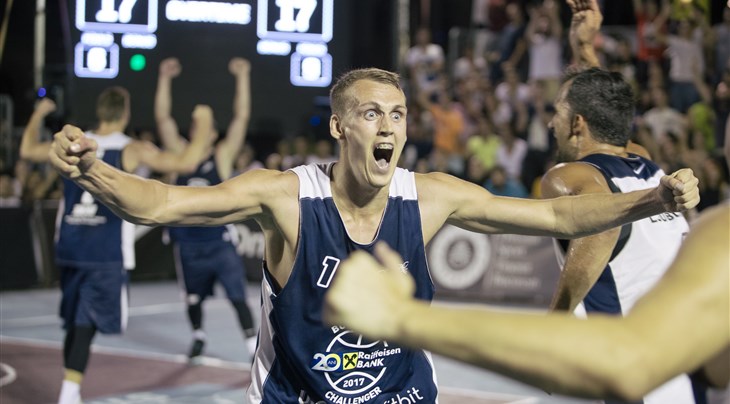 BUCHAREST (3x3 Challengers) - The biggest 3x3 stars - both men and women - will travel to Romania during the week-end of August 11-12, for the seventh edition of the Raiffeisen Bank Bucharest Challenger. The event hosted in the ParkLake Shopping Center will feature for the first time a Women's tournament and none other than Emilie Gomis, Olympic basketball silver medalist and European Champion will play alongside her teammates for Paris Squad.

Both 3x3 World Champions, Serbia men and Italy women will be in Bucharest, while the Romanian fans will have plenty to cheer for, as their national teams and the best teams in the Sport Arena Streetball national tour will be part of the event.

The winners of the previous 3 editions of the Raiffeisen Bank Bucharest Challenger, Zemun (2015), Novi Sad Al Wahda (2016) and Riga (2017) are back for another title.

For Dusan Bulut and Novi Sad Al Wahda will be the fourth participation in seventh editions and they are in search for a third title in the Romanian capital.

Since Novi Sad Al Wahda already have their ticket to Debrecen (based on ranking), the team ranked 3rd in Bucharest will win a trip to Hungary if the number 1 team in the world reaches the Challenger final.

As a side event, a popular tournament for U18 categories will be organized starting Friday. “3x3 in District 3” is an event promoting urban outdoor sports and a healthy lifestyle for youngsters supported by the local City Hall from District 3 of the Romanian capital. The children will have the chance to play and also follow the brightest stars of 3x3 basketball during this true festival.