Chengdu Challenger Preview: Can Liman win their 2nd challenger of the season? 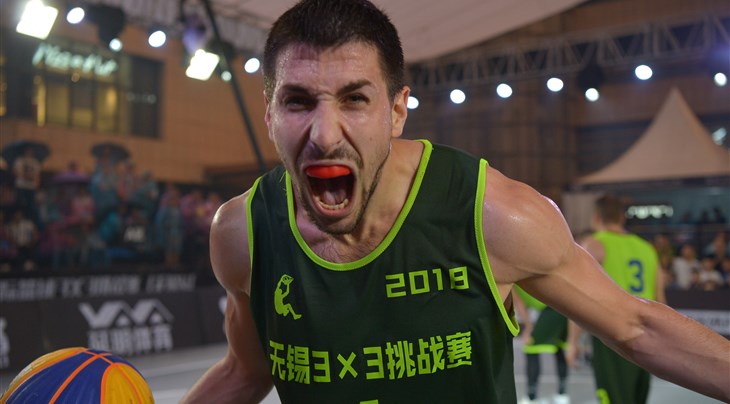 3x3 is back in the city of Chengdu after the FIBA 3x3 U18 World Cup and the World Tour Masters last year. This time, 16 teams from 10 different countries will compete for two slots in the Saskatoon Masters and 20,000 USD in prize money.

Five teams have already stamped their ticket to the Saskatoon Masters, which will be staged on July 21-22: Novi Sad (SRB), Riga (LAT) [based on ranking], Princeton (USA), Saskatoon (CAN) and Zemun (SRB).

Four Top 10 and 3 more Top 20 teams in the world will compete in Chengdu.

Liman (SRB) shined in China so far this season (1st at the Wuxi Challenger, 2nd at the Huaian Challenger) and will need to continue their hot streak to simply get out of Pool A with Brazilian team Rio Preto Guarani and the 4 players who will represent Russia at the FIBA 3x3 World Cup 2018 and play under the name Team Moskva on the pro circuit.

4th Challenger of the season for Belgrade, who are seeded in Pool C. The Serbs were stopped in the quarter-finals in Goyang (KOR, 7th), Huaian (CHN) and Sydney (AUS, 5th). They will meet a dangerous Ulaanbaatar (MGL) team who is missing star player Dulguun Enkhbat due to an injury. The third team in Pool C will be the winners of Pool A at the Qualifying Draw.

Last but not least, Vitez EcosRomari (BIH) and Amsterdam Inoxdeals (NED) will meet in Pool D. It will be the second Challenger of the season for Vitez after finishing 11th in Moscow. On the other side, Amsterdam will play their third Challenger this year. The Dutch team finished 5th in Goyang and 3rd in Sydney. The third team will come from Pool B of the Qualifying Draw.

A women's professional international tournament will also be staged during the Chengdu Challenger.