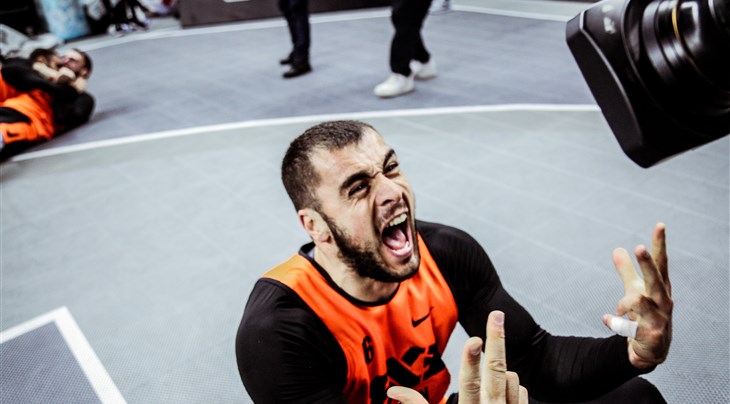 Nearly 6 months after their star Bogdan Dragovic hit the craziest title-winning shot in 3x3 history, Zemun is back on the road to the World Tour. The Serbs will be looking to already secure their 4th spot on the Tour after they landed the Utsunomiya, Lausanne and Kuala Lumpur Masters during the Masters Draft.

Unfortunately Zemun will have to do without Dragovic this time, after the 27 year-old went down in practice with an MCL tear, which won’t require surgery but could keep him out of the 3x3 courts for 3 months.

Obviously the reigning champs will miss last year’s World Tour Final MVP in South Korea but added Dejan Pejic, who replaced Dragovic at the Huai An Challenger last year… and ended up leading the team to the title and winning MVP honors.

Zemun – the 2nd-ranked team in the FIBA 3x3 Team Ranking - will be in good company in Goyang with 3 more teams ranked in the Top 10, including last year’s newcomers Riga (LAT, #6), who won 3 challengers in 2017.

The other 2 will be Belgrade (SRB, #8), who won the Sibiu Challenger last season and Amsterdam (NED, #10), whose players have won silver for the Netherlands at the FIBA 3x3 World Cup 2017.

The two best teams at the Goyang 3x3 Challenger get a chance to qualify for the Saskatoon Masters on July 21-22, 2018.

Since Riga have already secured their ticket to Canada (via the Masters draft), the team ranked 3rd will join them in Saskatoon if the Latvians reach the final in Goyang.

The 16 participating teams from 9 different countries will also have their eyes on the 20,000 USD in prize money.