ING-DiBa 3x3 Berlin Challenger in the bag for Princeton 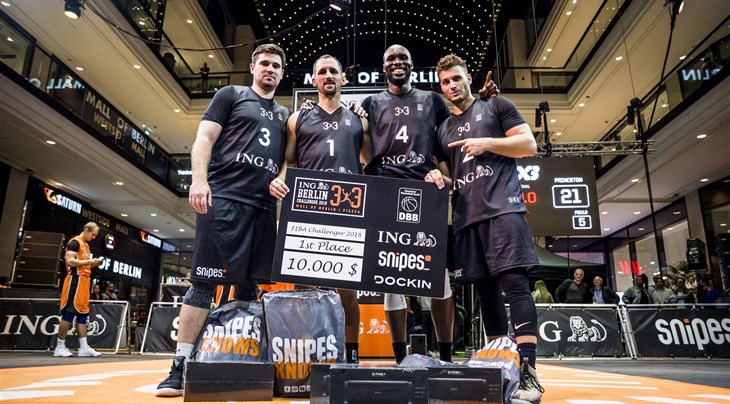 Princeton won their 3rd Challenger of the season in dominant fashion: the US champions won their last 4 games before the limit, including a 21-18 success in the final.

With the Brazilians attempting a furious comeback, Zahir Carrington took his responsibilities and hit the game-winning turn-around jumper in the paint.

The number 17 team in the world not only won a USD 10,000 cheque, they also secured a ticket to the FIBA 3x3 World Tour Hyderabad Masters, which will take place in India on September 22-23.

This means Princeton (USA) will play in 3 of the last 4 Masters of the season since they already stamped their ticket to both the Mexico City and Kuala Lumpur Masters.

By finishing second, Saõ Paulo DC (BRA) also won a trip to India. It will be their 2nd Masters of the season since they will also compete in Mexico City.

In total, 16 teams from 11 countries competed for 2 days in the iconic Mall of Berlin for a total of USD 20,000 in prize money.

The next Challenger is the Shanghai 3x3 Challenger and will be held in China on September 7-8.