ING-DiBa 3x3 Berlin Challenger Preview: Who will get the 2 tickets to India? 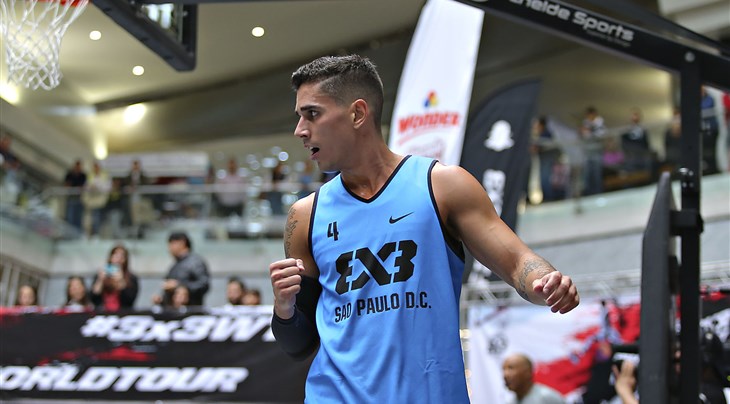 BERLIN (3x3 Challenger) - With only three Challengers left in the season, the ING-DiBa 3x3 Berlin Challenger on August 31-September 1 will determine the teams to head to the FIBA 3x3 World Tour Hyderabad Masters.

Teams from all over the world - including Asia, America (North and South) and Europe - will play on Leipziger Platz on August 31-September 1.

Team Cologne Der Stamm (GER) will get to meet two Top 25 teams in the world early in Pool B with Gdansk Energa 3x3 (POL) and Split Statist (CRO), ranked 14th and 23rd in the world respectively. Will they once again count on NBA star Dennis Schröder like at the ING 3x3 German Championships 2 weeks ago?

Pool A has the familiar faces of Ulaanbaatar (MGL) who are searching for another Masters appearance to boost their World Tour Standings. They will face stiff competition from the experienced Team Vitez EcosRomari (BIH) and Bonn (GER). Bonn will playing in the German capital after the early exit from the Debrecen Masters Qualifying Draw.

In pool C, the top team in the US, Team Princeton (ranked 17th in the world) will be playing to qualify for their fourth Masters of the season. Princeton already won 2 Challengers this season: Vieques and Huaian. Princeton will field the same squad who represented Team USA at the FIBA 3x3 World Cup 2017. Kaunas East Simtmecio (LTU) and the winner of qualifying draw A will join the party.

Pool D will feature Moscow Inanomo (RUS), Saõ Paulo DC (BRA) and the winners of qualifying draw B. Saõ Paulo DC return to Europe after their 6th place finish at the Bucharest Challenger. The top ranked professional team in Brazil will also participate in the Mexico Masters on September 8-9, 2018..

Besides the two slots in the Hyderabad Masters (September 22-23), the teams will have their eyes on the USD 20,000 in prize money.

In total, 16 teams from 11 countries will be represented in Berlin.

Only Gdansk Energa 3x3 (POL) has qualified for the event. If this team reaches the final then the next eligible teams in the standings will make the trip to India.