It's a trap: why Zemun's FIBA 3x3 World Tour title defense is up to rocky start after Saskatoon Masters seeding 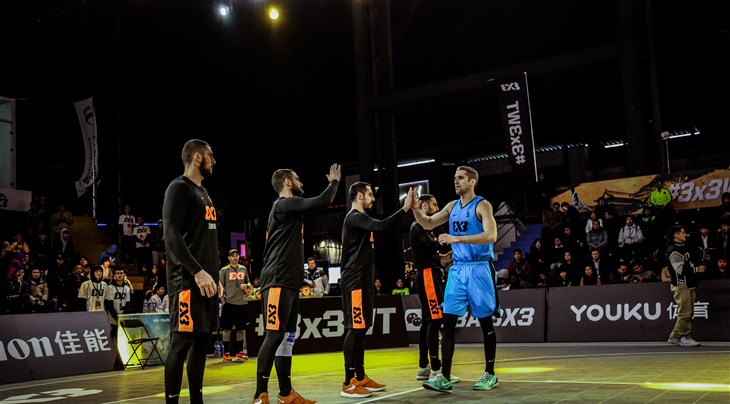 SASKATOON (FIBA 3x3 World Tour 2018) – Last year's FIBA 3x3 World Tour winners Zemun (SRB) have a meeting with their old nemesis Ulaanbaatar (MGL) and the Canadian champions from Montreal following the automatic seeding of the opening Masters of the year in Saskatoon, Canada on July 21-22. What a difference a year makes. Last October, Team Zemun were celebrating a game-winner for the ages in Beijing, China. Just a few months later, the World Tour Final MVP Bogdan Dragovic was going down with a knee injury (MCL tear). Since then, the team has been struggling in the professional season (0 titles in 5 Challengers appearances in 2018). Though 'The Dragon' is nearing a return, he won't be flying to Canada this week.

And to make matters worst Zemun will have to deal with 2 tough opponents in Pool C of the Saskatoon Masters.

Ulaanbaatar (MGL) have climbed to 12th overall in the FIBA 3x3 Team Ranking and already beat Zemun at the World Tour last season at the Utsunomiya Masters. The same 4 players have been spectacular representing Mongolia in national team events, winning silver at the FIBA 3x3 Asia Cup and reaching the FIBA 3x3 World Cup quarter-finals earlier this year.

Montreal (CAN) do not rank anywhere near the Top 30 teams in the world but they recently put together a team, that can beat anyone. As a matter of fact, they beat everyone at the Canada Basketball 3x3 Quest last week, including the 9th best team in the world (Saskatoon). Will Zemun have enough kryptonite to stop Montreal star Alex 'Superman' Johnson?

Forget about Superman, your favorite fictional character at the Saskatoon Masters may be 'Mr Robot' aka Stefan Stojacic. The World Tour 2017 regular season MVP has been hacking the 3x3 world in 2018 (5 Challengers finals, including 3 titles). No team has won more bitcoins than his Liman Tesla Voda (SRB) so far this season.

What do you think of @stefanstojacic's new nickname? 🤔 Can he hack the #3x3WT on his season_3.0? @whoismrrobot

Their competition in Pool B will come from Vitez Ecos Romari from Bosnia and Herzegovina, who recruited former Kranj scorer Sinisa Stemberger during the offseason and the team that finished 2nd at the USA Basketball National Trials, Minnesota 3 Ball.

Get the pop corn ready in Pool A where the number one team in the world, Novi Sad (SRB) meet Princeton (USA) again. Their respective stars Dusan Bulut and Dan Mavraides have been engaged in a flexing war for the last 2 years. Last time they met, Princeton outmuscled the 2-time World Tour winners in the semi-finals of the HuaiAn Challenger. But never underestimate Novi Sad, who announced they will replace Marko Zdero by soft-handed big man Danilo Mijatovic. Smart thinking in the Canadian wind? Last but not least, they have win in their DNA, it's Team Winnipeg AP, who finished 2nd overall at the Canada Basketball 3x3 Quest last week.

Last but not least, the local favorites (and last year's runner-ups) from Saskatoon will star in Pool D. They share their spotlight with the number 6 team in the world Riga (LAT), whom they beat in the quarter-finals of the HangZhou Challenger earlier this year. There will be at least 1 Canadian team in the quarter-finals of the Saskatoon Masters as Team Old Montreal will complete the pool.

For those not attending the games in the heart of Saskatoon in front of the Delta Hotels Bessborough (entrance is free!), pool games will start at 12.30pm local time (GMT-6) on Saturday live on FIBA 3x3's official YouTube channel. The top-two placed teams from each pool advance to a standard knock-out round which starts at the quarter-finals stage, from 12.30 local time on Sunday.