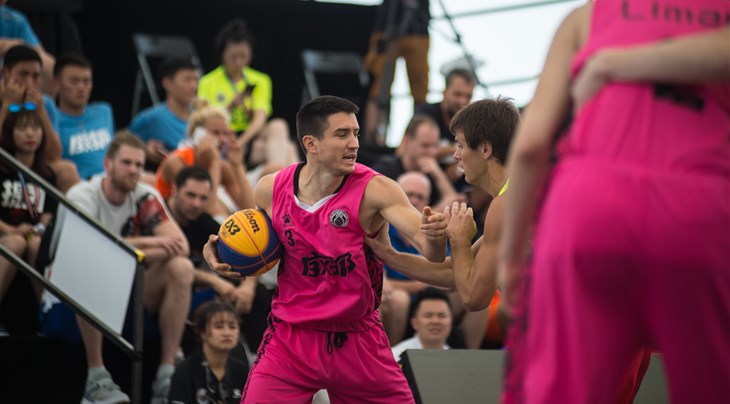 The number two 3x3 team won their 2nd challenger of the season after their success in Wuxi and became the first team to qualify for 5 World Tour Masters this season (Saskatoon, Utsunomiya, Prague, Chengdu and Kuala Lumpur).

The young Serbian team went undefeated in Chengdu but were given a few scares along the way, in a quarter-final overtime thriller against Belgrade (SRB) and in the final against Vitez.

In the championship game, the surprising Vitez - missing their star player Zeljko Palavra - looked Liman right in the eyes and the score was tied at 6, 11 and then again 13. One of the main reasons was former Kranj (SLO) player Sinisa Stemberger who was on a heat check for 2 full days. The Croatian sharpshooter topped all scorers in China.

Liman star Stefan Stojacic struggled at times in Chengdu but he was decisive in the last minute of the championship game with 2 strong drives with 1 minute and 23 seconds to go.

Both finalists won a ticket to the opening World Tour event of the season: the Saskatoon Masters, which will take place on July 28-29.

Two historic teams confirmed their early season woes: both Ljubljana (SLO) and Belgrade (SRB) disappeared in the quarter-finals. Neither of them have been able to stamp a new World Tour ticket since the season started.

Seven of the Top 20 teams in the world and a total of 16 teams from 10 different countries competed at the Chengdu Challenger.

The next Challengers will take place in The Hague, Netherlands and Ulaanbaatar, Mongolia on June 2-3.