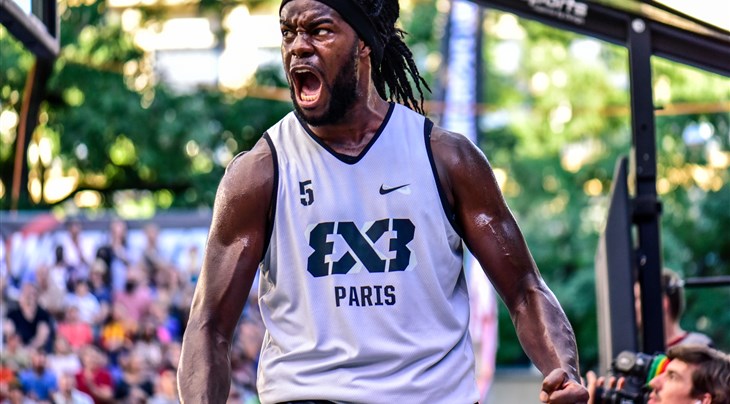 LIMASSOL (3x3 Challengers) - No French team has ever won a 3x3 Challenger. Can Paris LCG or Nice end the long drought at the Limassol 3x3 Challenger in Cyprus on June 16-17, 2018?

Team Nice look like they may be able to make history, compete for the 20,000 USD in prize money and the 2 tickets for the FIBA 3x3 World Tour Debrecen Masters. Dominique Gentil led the team (then called Team Paris) to the final of the FIBA 3x3 World Tour Lausanne Masters 2 years ago. Besides, Gentil and teammate Angelo Tsagarakis were key to France's bronze-medal run at the FIBA 3x3 World Cup 2017. Nice are seeded in Pool B with the number 3 team in the world, Piran (SLO), who have won 3 Challengers in the last 5 weeks. Local favorites Team Limassol (CYP) will complete the pool.

The other French team goes by the name of Paris LCG and features 4 professional basketball players, including the athletic Mickaël Var. After winning their qualifying draw, they will face two Top 15 teams in the world in Gdansk Energa 3x3 (POL) and Vitez Ecos Romari (BIH) in Pool D.

The number 2 team in the world Liman Tesla Voda (SRB) will be the squad to beat in Pool A for Zagreb (CRO) and Kiev FBU (UKR), who will feature 2 players from the Ukrainian national team that won bronze at the FIBA 3x3 Europe Cup last year.

Last but not least, Pool C will be headlined by the number 8 team in the world Belgrade (SRB) and 2 very dangerous teams, Humpolec Bernard (CZE), who finished 2nd at the Tinkoff Moscow Open 3x3 Challenger earlier this season, and Sarajevo (BIH), who dominated their pool in the qualifying draw.

Just 2 teams have already qualified for the Debrecen Masters, which will be held on August 30-31: Novi Sad (SRB) and Kranj (SLO) [based on ranking].