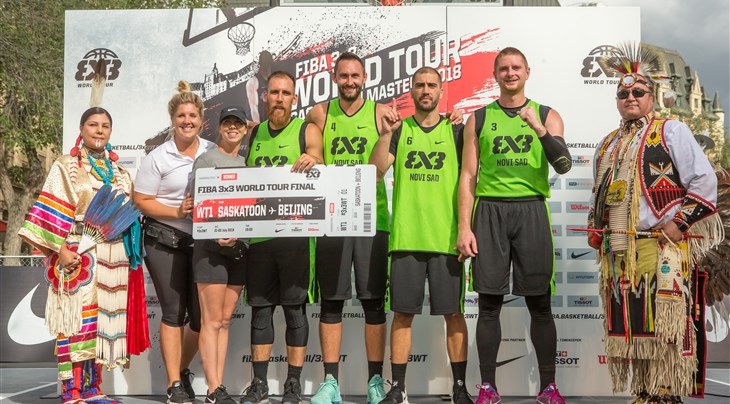 The number one team in the world defeated its Serbian rivals - and number 2 team in the FIBA 3x3 Team Ranking - Liman in the final (20-18). The event MVP Dusan Bulut, had 5 points in the final and finished second overall in scoring in the 'Paris of the Prairies'.

His teammate Dejan Majstorovic contributed a game-high 8 points in the final and led the scoring charts with 35 points overall.

The 2-time World Tour winners took home the USD 30,000 cheque and stamped their ticket to the Bloomage Beijing Final, which will take place on October 27-28.

For the second consecutive year, the streets of Saskatoon played host to the World Tour opener. The event featured 12 squads from 6 countries, including 4 of the top 5 teams in the world.

The second Masters of the season will be held in Utsunomiya, Japan on July 28-29.