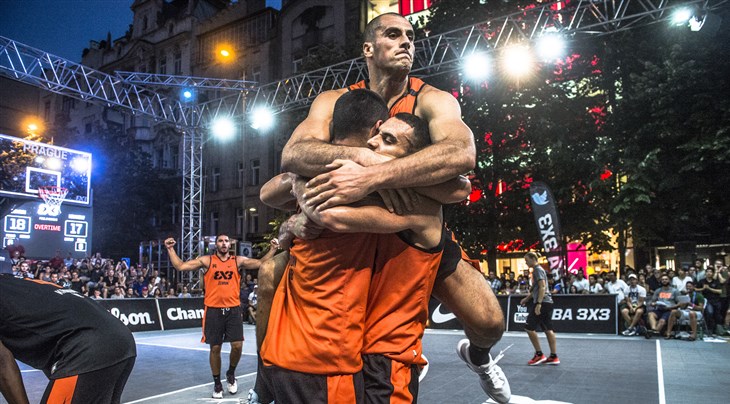 PENANG (3x3 Challenger) - The reigning FIBA 3x3 World Tour winners, Zemun (SRB), are looking to win their first title of the season at the Penang Challenger in Malaysia on May 5-6, 2018.

Zemun, who are missing the MVP of the 2017 Final Bogdan Dragovic due to injury, get a second chance this year after falling in the final of the Goyang Challenger against Saskatoon one month ago.

They have already clinched their ticket to 4 Masters this season: Kuala Lumpur, Lausanne, Saskatoon and Utsunomiya.

Penang will be one of the most competitive challengers of the season with 4 Top 10 teams, which all reached the World Tour Final last year: Zemun (SRB, 3rd), Piran (SLO, 4th), 2-time FIBA 3x3 World Tour winners Ljubljana (SLO, 5th) and Gdansk Energa (POL, 10th). Add to that 2 more Top 20 teams in Split Statist (CRO, 15th) and Yokohama City (JPN, 19th). In total, 16 teams from 10 different countries will compete in Malaysia.

Team Jakarta, from Indonesia, will make a much-awaited return to the professional circuit, after reaching the World Tour Final in 2013 (10th) and 2014 (7th). Their last appearance at the World Tour was at the Beijing Masters 2015 (12th).

The two best teams from the Penang Challenger get a chance to qualify for the World Tour Masters in India. They will also compete for 20,000 USD in prize money.

Three teams have already qualified for the India Masters: Novi Sad (SRB) and Belgrade (SRB) based on ranking and Ponce (PUR) after winning the BSN N3XT 3x3 League in Puerto Rico.

The event will be livestreamed on FIBA 3x3's official YouTube Channel.