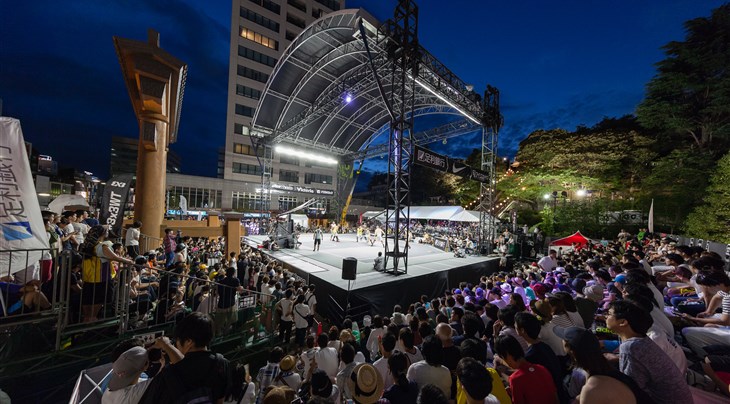 After organizing a World Tour Masters for the last 3 years, the capital of the Tochigi prefecture will take on the Final in 2019, just one year before 3x3 makes his Olympic debut during the Tokyo 2020 Olympic Games.

“Our playground inside the Futaarayama Jinja Shrine has become one of the most iconic venues on the entire FIBA 3x3 World Tour,” FIBA 3x3 Managing Director Alex Sanchez said.

“Last year the number of spectators grew to 35,000 fans over the weekend, including a lot of familiar faces who came in previous editions, wearing 3x3-branded t-shirts. We feel like home in Utsunomiya and it gives us enormous pride and confidence to bring the FIBA 3x3 World Tour Final here. The support of the city of Utsunomiya and Xross Sports Marketing and the backing of all our Japanese fans have played a key role in 3x3 making it to Tokyo 2020."

This special event will take place in a bigger outdoor venue in front of the Utsunomiya train station and is organized by the city of Utsunomiya and Xross Sports Marketing.

"We are proud and honored that FIBA chose our city to host the FIBA 3x3 World Tour Final", Utsunomiya mayor Eiichi Sato said.

"This event will be the highest level of 3x3 basketball in 2019 and will bring to Utsunomiya the stars who will compete at the Tokyo 2020 Olympics. I can't wait for the people from Utsunomiya to get a chance to see the most exciting event in the world."

This will be the second time the FIBA 3x3 World Tour Final is hosted in Japan and organized by Xross Sports Marketing after the Tokyo Final back in 2014, when World Tour reigning champs Novi Sad Al Wahda (SRB) won their first of 3 World Tour titles.

''We are really happy to go back to Utsunomiya again and try something different from the past 3 years", Xross Sports Marketing President Takaaki Nakamura said.

"The final will be the best 3x3 competition in the world and we really appreciate Utsunomiya to host this event again''.

Nike is the Founding Partner, Wilson the Global Sponsor and Tissot the Official Timekeeper of FIBA 3x3.