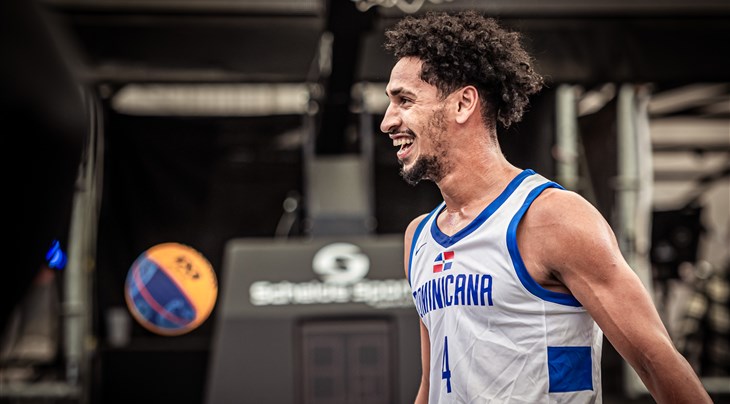 MIAMI (USA) - The inaugural AmeriCup 3x3 tournament takes place November 12-14 at Bayfront Park in Miami, Florida. Eighteen teams on the men’s side of the competition will represent their countries in what will be a basketball festival. The tournament features countries with extensive international 3x3 experience and some who are wearing their countries colors for the first time in competition.

The red, white and blue are still smarting from not qualifying for the 2020 Tokyo Olympics. One of the most experienced player rosters in the Americas, the 2019 FIBA 3x3 World champions have something to prove on the home court of Miami.

Canada will have to overcome the retirement of Steve Sir but grassroots teams in places like Edmonton give them world stage experience.

Close loses to Poland and France cost Brazil a trip to the Olympics but the top ranked South American team has lots of talent.

A talented combination of youth and veterans with top tournament experience will lead the Dominican Republic into the first ever 3x3 AmeriCup competition.

Chile's both men and women’s U-18 teams are ranked first in the world and that type of youth and talent will be on display I November.

A country with a long and distinguished basketball history hasn’t made the FIBA 3x3 World Championships since 2014. Too much basketball tradition in the country not to turn the 3x3 program around.

Coming in at number-45 in the world, Venezuela has tasted success in 3x3 competitions finishing fifth in the 2019 Pan American Games defeating Brazil and Argentina twice.

Mexico last appeared internationally in the first FIBA 3x3 World Championships in 2012. Grassroots teams and tournaments within the country are beginning to give momentum to the 3x3 game.

T&T is one of many newcomers to the 3x3 game in the Americas. After hosting successful tournaments domestically, Trinidad and Tobago received eligibility in 2021 to compete in FIBA endorsed 3x3 tournaments. AmeriCup will be their first international competition.

As with many countries in the Americas, Saint Lucia’s plans to grow 3x3 were slowed by the COVID Pandemic. But after a closed-door tournament they are ready to compete against the best in Miami with a roster chosen from the first and second place teams in that tournament.

Head coach Ashley Prudent Salomon has battled financial difficulties and a global pandemic but the Haitian men’s 3x3 team are excited to compete in Miami. In recent years, the team has won (2018) and made the semi-finals (2019) of the Copa Hispaniola in the Dominican Republic.

National team coordinator Rick Turner is putting together a roster for Miami from various 5 on 5 teams and overseas professionals. With limited opportunities to compete in international 3x3 competitions to this point, Jamaica is looking at the AmeriCup tournament to open doors for other competition opportunities if they perform well.

The Aruba basketball Federation held their first FIBA endorsed 3X3 competition in 2016 and will field a young team in Miami as the Aruba Basketball Bond continues to grow the game from a grassroots level.

Guyana is all in on 3x3 basketball. The Guyana Amateur Basketball Federation has 3x3 sponsors and are teaching and spreading the game in a big way. The 2019 Rawle Toney/Mackeson Classic was the last 3×3 basketball tournament to be hosted in Guyana which has hosted previous events to help expose the game to the country and its players.