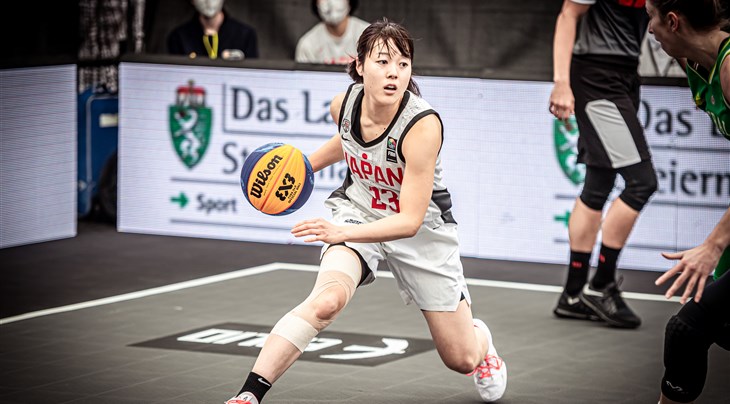 TOKYO (Japan) - Hosts Japan's women will face the Russian Olympic Committee in what will forever be remembered as the first-ever 3x3 game in Olympic history in Tokyo, Japan on July 24, 2021. The team, who earned the last ticket to the Tokyo Olympics awarded at the FIBA 3x3 Olympic Qualifying Tournament, will be the first to step on the 3x3 court of the Aomi Urban Sports Park at 10.15am local time (GMT+9).

Sixteen 3x3 teams (eight in the men's and eight in the women's categories) will compete in Tokyo in the five-day event from July 24 to July 28. There is no 3x3 draw at the Olympics since all eight teams will play one another in one unique pool over the first three and half days, before the single-elimination bracket is introduced later on day 4, for teams that finish 3rd-6th.

The top 6 teams will advance to the bracket stage, with the 1st and 2nd-placed teams getting direct entry to the semi-finals while the 7th and 8th-placed teams will be eliminated.

The semi-finals and all the medal games will take place on the last day of action, on July 28. If you're getting goosebumps, don't worry. So are we.