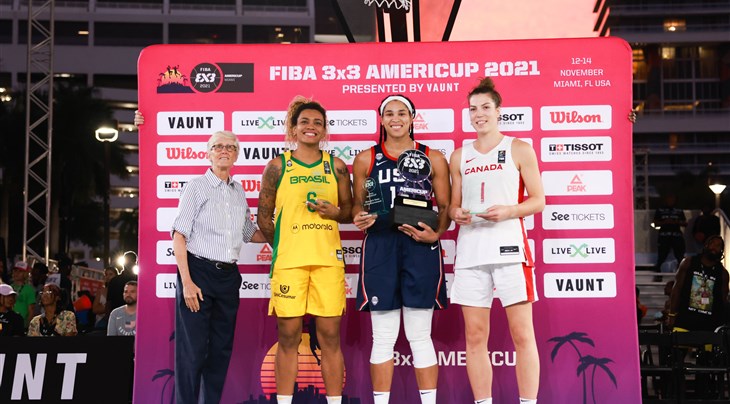 The US star topped all scorers in the women's competition with 41 points in 5 games and led USA to the first-ever AmeriCup title. The 25-year-old scored 7 points in the final against Brazil (21-9). Quite the year for Jones, who was a WNBA All-Star, won the Most Improved Player award and is shining on the EuroLeague Women in 2021.

The 6ft. 2in. (1.90m) star was joined on the team of the tournament by Brazil's Sassa, who won silver, and Canadian 3x3 star Michelle Plouffe, who led Canada to the bronze medal.