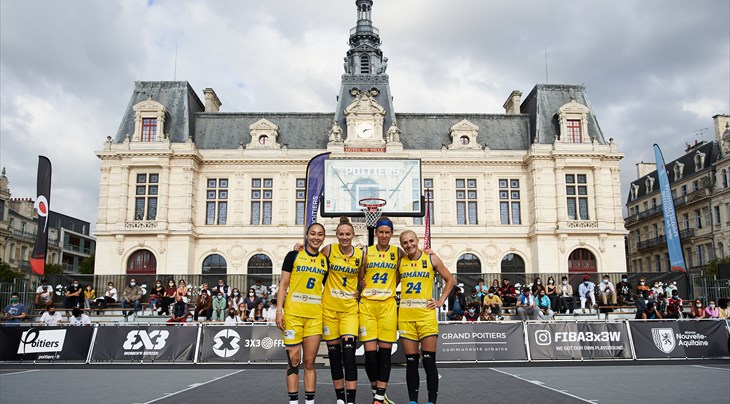 BUCHAREST (Romania) - Romania announced the four players (and two substitutes) who will represent the country at the 3x3 Olympic Tournament in Tokyo, Japan on July 24-28, 2021.

The roster is identical to the one which led Romania to third place at the FIBA 3x3 Women's Series Poitiers Stop on June 29-30, 2021.

Marginean was the top scorer for Romania in Poitiers and has been the face of Romanian women's 3x3 from Day One. She was the leading scorer at the first edition of the FIBA 3x3 Europe Cup, back in 2014.

Both her and Sonia Ursu were on the team that won silver at the FIBA 3x3 Europe Cuop 2016, the last time Romania won an international medal in 3x3.

After not only finishing 3rd in Poitiers but also in the previous Women's Series event in Voiron, Romania has elevated to the status of medal contender in Tokyo.

The team qualified for the Olympics based on the FIBA 3x3 Federation Ranking on November 1, 2019. Tokyo will mark the first time Romania compete in basketball at the Olympic Games since 1952 - the first-time ever with a women's team.