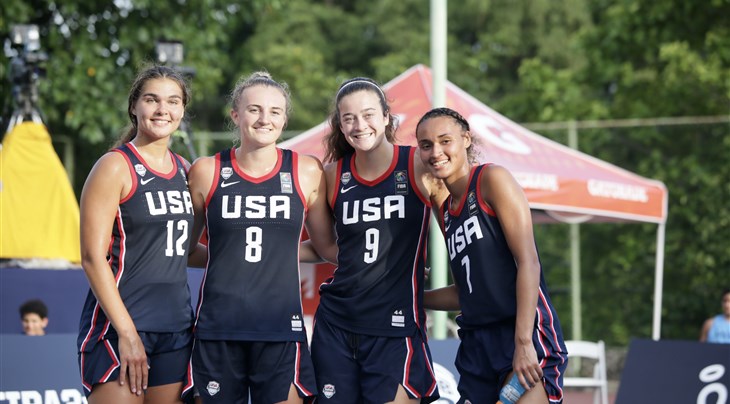 But the red, white and blue got going when they needed to as they claimed the final three Stops to finish well clear of the field. Keaton Wallace, who has shown flashes on the World Tour with Washington DC, led the team in scoring.

In an eye-catching performance among stars, USA's Eric Dixon made the paint his personal playground as the 21-year-old played bully ball down low.

In the women's, USA were flawless with 18 straight Ws to win all six Stops and finish a whopping 180 points ahead of second best Venezuela.

They had a major scare in the final of Stop 1 before overcoming Argentina 18-17 in a thriller but they were rarely threatened after that.

USA fired on all cylinders and showcased all their tricks, especially conference top scorer Maddy Siegrist and towering 20-year-old Alyssa Ustby who perfected the one-legged fadeaway.

The Nations League makes a quick return on August 23-25 with Stops 4-6 of U21 Europe West in Voiron.