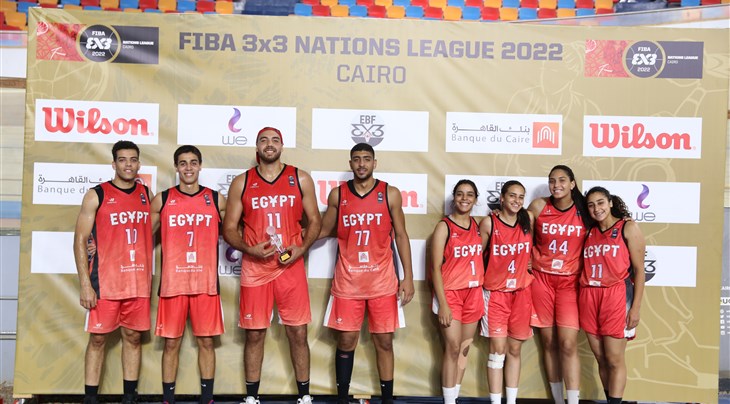 CAIRO (Egypt) - Host Egypt put on a show for the home fans at the FIBA 3x3 Nations League Africa North Conference on August 12-18 as their men's and women's teams booked tickets to the Nations League Final in Constanta, Romania, on September 14-16.

Egypt's men only just squeezed past Tunisia in a thrilling two-way battle with the teams splitting the six Stops between them. The difference was Tunisia's slip up in Stop 4, which was particularly surprising considering they had won the previous two Stops.

A 13-11 loss to Algeria proved costly in their third-placed finish as Tunisia finished an agonizing 10 points behind Egypt in the final standings.

Egypt deserved their triumph and at times turned into the Harlem Globetrotters, especially with 21-year-old showstopper Ibrahim Hesham Amin Ibrahim - who played at the recent ING Hamburg Challenger for Cairo - dishing out insane dimes.

In the women's, it was just a matter of which local team would get through - Egypt or Egypt U21. With four victories, Egypt and their star player, top scorer Habiba Elgizawy, did more than enough although the insanely talented U21 team ended an impressive tournament on a high with a triumph in Stop 6.

An emerging star was 18-year-old Hala Yassine, who was an assassin in her 3x3 debut as she helped Egypt earn a ticket to Constanta.

The Nations League makes a quick return on August 23-25 with Stops 4-6 of U21 Europe West Conference in Vorion, France