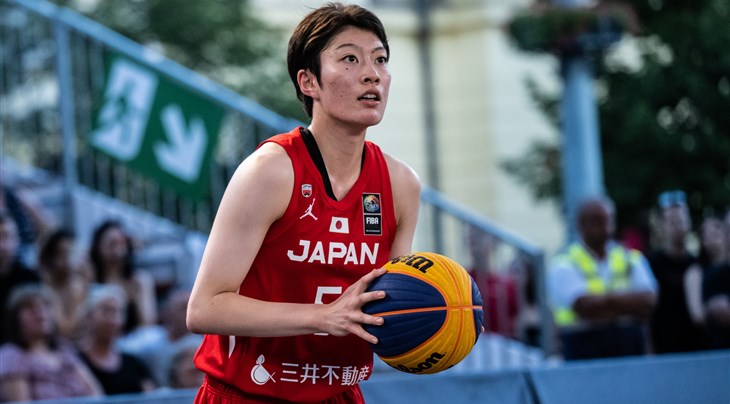 KUALA LUMPUR (Malaysia) - A new generation of stars will be showcasing their talent in a bid for continental supremacy during the FIBA 3x3 U17 Asia Cup 2022 on October 13-16.

After a three-year absence, there is much anticipation over the sixth edition of the event - formerly played at U18 level - with the top three teams winning tickets to the FIBA 3×3 U18 World Cup 2023.

Here's the important information you need to know.

Who is competing in Kuala Lumpur?

There are 18 men's and 17 women's teams competing in Kuala Lumpur.

In the men's, defending champions Japan will be looking to make a strong start in their bid for a repeat but face Thailand and Iran in a tough Pool A.

The 'Group of Death', however, is probably Pool B which features Uzbekistan, India and 2018 champions New Zealand with all three of these fancied teams eyeing deeps runs if they can make it out of Day One.

And we just have to add to this list 3x3 crazy Mongolia, who have firmly cemented themselves as an Asian powerhouse but have medaled only once at this event with bronze in 2018. They should enter confident after performing quite well in the recent FIBA 3x3 U18 World Cup 2022 with 2 of 4 wins.

Even though they have a different line-up here, Mongolia have an embarrassment of riches underlining their favoritism.

In the women's, there will be an early blockbuster clash between Japan and Mongolia which highlights Pool C. 2016 champions Japan looked the goods at the U18 World Cup with a sweep of the pool stage before losing a thriller to Germany in the quarters.

The faces might be a little different but Japan's talent runs deep and so too Mongolia, who will be looking to improve on winning just one game at the U18 World Cup.

Uzbekistan and New Zealand, who won bronze in 2018, also loom as contenders.

In the men's, Japan's 16 -year-old Teruchika Naito is a 6ft, 4in (1.92m) athletic marvel who is more imposing than the Petronas Towers, so naturally there will be a big spotlight on him.

New Zealand's Mitchell Corkery has shown he is perfectly suited to the half-court with impressive performances at home and he's out to live up to the hype on the big stage.

Irmuun Erdenetsogt is the man in the middle for Mongolia with the 16-year-old standing a towering 6ft. 7in (2m) and he'll be out to make the paint his personal playground in Kuala Lumpur.

In the women's, you'll remember 17 year-old Kyoka Sasaki who showcased her silky skills at the U18 World Cup with 18 points in 5 games. The 5ft. 10in (1.78m) walking bucket can heat up from all over the half-court as she starts her quest to be the best player in her age group in Asia. Mongolia's Nandinkhusel Nyamjav also showed glimpses of class in Debrecen and the 16-year-old is hoping to take her game to another level as she leads her country's charge.

While New Zealand's Zoe Richardson has been a force back home and the 6ft (1.83) dynamo is almost unstoppable near the basket in a nightmare matchup for defenders.