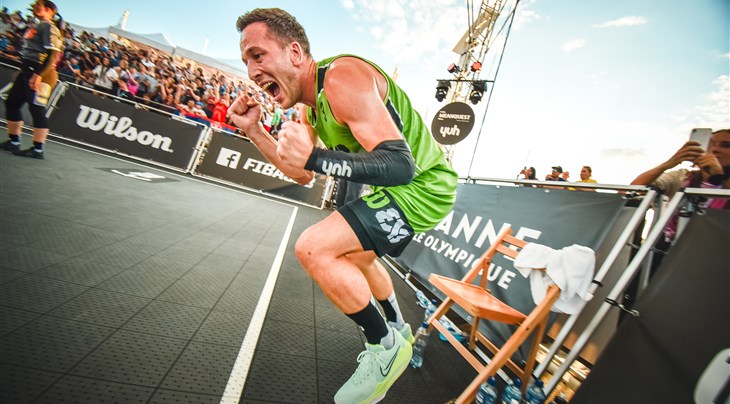 DEBRECEN (Hungary) - The action doesn't stop on the FIBA 3x3 World Tour 2022 and there is no time to breathe as the popular Debrecen Masters returns on August 27-28.

Let's take a closer look at everything you need to know about this season's fifth Masters.

Where can I watch the Debrecen Masters?

Who is competing in Debrecen?

You know the drill. There's only one clear favorite and that's unstoppable Ub Huishan NE (SRB) who won the first four events of the World Tour season!!!

Their dream of chasing Novi Sad's 32-game win streak in 2018 is over having lost to Lausanne Sport (SUI) in the Olympic capital but this domination might be even more impressive considering 3x3's increased depth and talent.

Ub bring back their awesome foursome and they are clicking on all cylinders. It's going to take something special to knock them off and rival Liman Huishan NE (SRB) appear best equipped even though they again fell short to their compatriots in the semis in Lausanne.

No.3 seed Amsterdam HiPro (NED) are always contenders and seemed set to end their title drought in 2022 in Lausanne before falling to the hosts in the semis. The Dutch Masters will be out for revenge in Debrecen as they face Lausanne Sport (SUI) in a Pool C blockbuster.

Much like Amsterdam, No.4 seed Antwerp (BEL) and No.5 Princeton (USA) are also on the cusp and keen to end the dominance of Ub. It's crazy to think that the insanely talented Antwerp have yet to win a Masters but Thibaut Vervoort aka 'Must See TV' continues to be a ratings hit and if he heats up Debrecen then the Belgians might be celebrating history.

While Princeton haven't tasted success since 2019 but have found form this season led by veteran Kareem Maddox and newcomer Isaiah Wilkerson who will bulldoze right through anyone in his path.

No.6 seed Lausanne Sport have often teased over the years but when they have swagger then look out! After reaching the final at home these Swiss want to prove they can go on a deep run away from their comfort zone.

And we just can't ignore Warsaw Lotto (POL), Fribourg (SUI) and Marijampole Mantinga (LTU) who have all had degrees of success this season and loom as the ultimate wildcards.

Who are the best players?

You know him as the dude who is winning almost every MVP. The guy who has that funny moustache but his game is no laughing matter. He's got Inspector Gadget arms that can seemingly dunk from impossible angles.

He's known as 'Dr Strange'. But his name is Strahinja Stojacic - the world No.1 and clearly best 3x3 player on the planet.

It just has to start with Stojacic but there are plenty of top players desperate for the throne. Liman have their usual suspects, but Miroslav Pasajlic is proving he's not to be forgotten among his team's stars after a lights out display in Lausanne.

One dude who is on a hot streak is Amsterdam's Dimeo van der Horst who needs to bring a raincoat because his stroke is wet right now.

We've already mentioned Vervoort but you can't overlook his partner in crime Nick Celis who can also get in video game mode if he's feeling it.

Lausanne's Marco Lehmann was a bad man on his half court and if has the radar on target in Debrecen then the Swiss might go one step further.

We've seen him cook before and you better get ready because Warsaw's Przemyslaw Zamojski is starting to dish up something tasty. Opponents be warned - this walking bucket can match it with anybody on his day.

It all adds up to another crazy Masters event which goes into overdrive in iconic 3x3 location Debrecen as a desperate field chase history-making Ub.