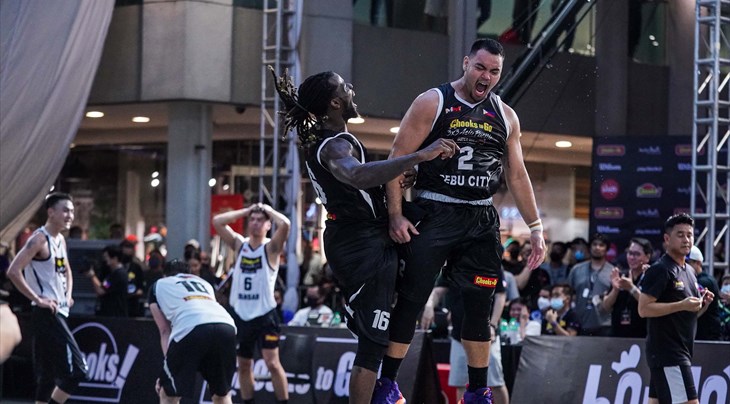 MANILA (Philippines) - The FIBA 3x3 World Tour returns to the Philippines with a bang as the Manila Masters continues a dazzling start to the pro circuit's biggest and baddest ever season.

Let's take a closer look at everything you need to know before the action starts on May 28-29.

Where can I watch the Manila Masters?

Who is competing in Manila?

Before the Utsunomiya Opener, we said that there was no clear cut favorites after 2021 was so even.

After they claimed the season opener, world No.1 Ub just deserve the favoritism and they bring the same group that triumphed in Utsunomiya.

We knew they had a deadly duo in No.1 ranked player Strahinja Stojacic and DejanMajstorovic but Ub actually have a three-headed monster with Marko Brankovic lights out and the team's equal top scorer in Japan.

They look hard to beat but Liman won't fear having only just narrowly lost to Ub through an epic Maurice Lacroix buzzer beater from Majstorovic.

No.3 seed Liman won't be shook for too long though and it will probably take something special again to beat them.

No.2 seed Antwerp are fully loaded after playing without a sub in Utsunomiya and have brought in talented 23-year-old Caspar Augustijnen, who makes his World Tour debut. We hear the 6ft. 8in (2.04m) giant is dynamic on the pick 'n roll and is a capable two-point shooter.

If he can help out stars Thibaut Vervoort and Nick Celis then the Belgians might be able to claim their first ever W on the World Tour.

The world's top 3 are the frontrunners but the talent is deeper than a swimming pool with so many sneaky contenders.

There are four Mongolian teams all aiming for a breakthrough World Tour victory with the country's OGs Ulaanbaatar MMC Energy strengthened by the addition of arguably the GOAT 3x3 shooter Steve Sir.

But Zaisan MMC Energy have already knocked them off in the pro circuit - a thriller in the final at the Ulaanbaatar Super Quest - and the teams meet in a Day 1 blockbuster.

Professional Polish team Warsaw Lotto are tipped to be the big riser this year and they get their chance in the big time to live up to the hype.

And don't underestimate Filipino teams Manila Chooks and Cebu Chooks, who are both in good form with the latter ending an eight-year title drought for the Philippines on the pro circuit after victory at the Asia Pacific Super Quest.

With the support of their always hyped up fans, you just can't write off the local heroes in what looms as another epic Masters.

We've got some of the best in the business in Manila. Ub'sStrahinja Stojacic will be back and putting dudes on posters while his partner in crime Dejan Majstorovic lights up the outside.

Antwerp star Thibaut Vervoort will be out to continue his scoring binge and love for the two-point shot although Liman's sniper Stefan Kojic believes no one can go bang bang better than him.

If we're talking about twos, that only means one thing. Yesssir! Steve Sir is back and in different colors, but he's still smoother than a drop of San Miguel.

There are a whole bunch of guys wanting in on the superstar 3x3 club led by Warsaw Lotto's Przemyslaw Zamojski who has already dominated for Poland and is now looking to do likewise at team level.

There are a couple of young Mongolians fighting for the title of most talented in their country with Zaisan MMC Energy's Gan-Erdene Gantsolmon the hottest scorer on the pro circuit and Sansar MMC Energy's Anand Ariunbold not far behind.

While for a local flavor, Cebu Chooks' Mark Tallo is the No.1 player in the Philippines and will show exactly why, while Henry Iloka from Manila Chooks is probably the favorite to record the most dunks on the opening day. He's box office!

Trust us, you don't want to miss a second.