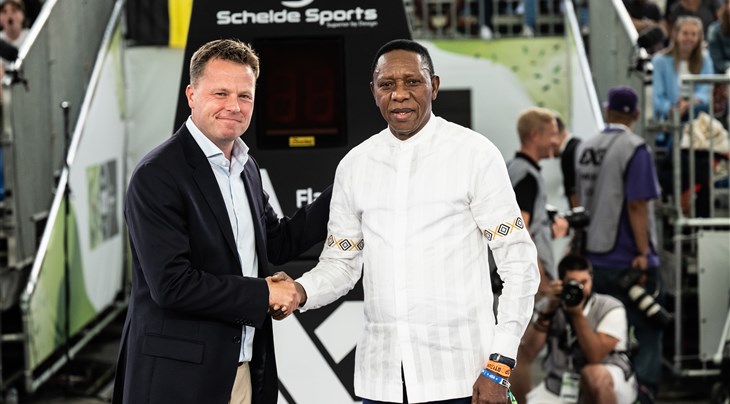 ABEO-owned Schelde Sports have been an official FIBA 3x3 supplier since 2013. The international brand was appointed the sole supplier of official FIBA 3x3 backstops at the Tokyo 2020 Games, where 3x3 made its Olympic debut, under an agreement which covers also the current Olympic cycle.

“We are very proud of the long-term partnership we have built with Schelde Sports, both in basketball and 3x3,” FIBA Secretary General Andreas Zagklis said. “This cooperation played a key role in the professionalization and development of 3x3, which was on full display at the Tokyo Olympics. We are excited to continue to provide our players with these innovative and state-of-the-art backstop units for the most prestigious FIBA 3x3 events.”

Schelde Sports, a global market leader in basketball backstop unit support systems, with a commercial presence in more than sixty countries across six continents, has been developing its products since 1892. They have been a partner of FIBA's Equipment and Venue Centre since 1994.

ABEO Group CEO Olivier Estèves added: “We are extremely proud to extend our partnership with FIBA as official FIBA 3x3 global backstop supplier. In this strong relationship we are on a shared mission to further develop and promote 3x3 basketball. With the supply of Schelde Sports backstops to major FIBA 3x3 events, the expertise of Schelde Sports continues to be recognized around the world.”