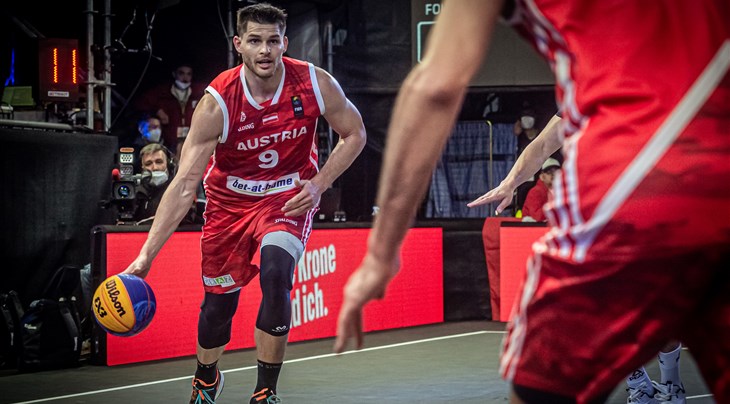 GRAZ (Austria) - A total of 24 teams from 20 different countries have earned their ticket to Graz, where the FIBA 3x3 Europe Cup 2022 will take place on September 9-11.

This includes Cyprus' women, Montenegro's men and Portugal's women, who have in common that they will make their first-ever appearance in the final phase of the competition. Six men's and 4 women's teams did not have to go through one of the 3 qualifiers because they had clinched their tickets to Graz by winning the last edition in front of the Eiffel Tower, as hosts or based on the Federation Ranking. The others had to earn their tickets the hard way in simultaneous Qualifiers in Constanta (Romania), Tel Aviv (Israel) and Limassol (Cyprus)

In Israel, the hosts qualified with the men's team, as did Slovenia. In the women's side, Netherlands, Switzerland, Portugal and Lithuania got their tickets to Graz.

In Romania, the hosts qualified with the women's team, together with Estonia and Poland. On the men's side, Montenegro, Poland and Hungary qualified.

Last, but not least, Azerbaijan's men and Cyprus' women claimed the Cyprus Qualifier. In accordance with Art. 73 of the FIBA Internal Regulations, the Qualifier in Limassol was reserved exclusively to the teams of National Federations of the C/D-group.