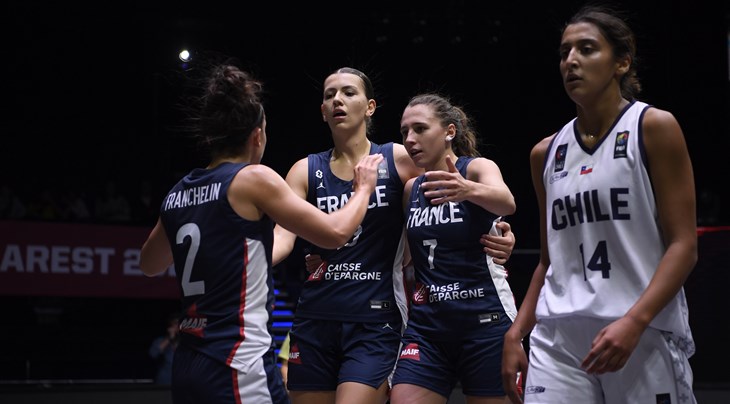 The winners of the last 2 editions of the 3x3 Nations League, France, continued their dominance in the U23 category on Day 1. 'Les Bleues' had back-to-back wins against Chile (22-3) and Egypt (22-8) and showed their power on offense with 3 players finishing the day with more than 10 points but also on defense, conceding less than 6 points on average,

In the men's side, 2018 runners-up Latvia started the competition strong with two wins against Slovakia (20-17) and Chile (22-10). Marcis Ocis and Kristofer Septe, the U23 version of Batman and Robin, combined for 25 points to finish the day with a clean sweep. We have our popcorn ready for their match-up against China on Friday.

Lexie Hull is causing fever to her defenders. The Indiana Fever WNBA player was unstoppable, finishing with 13 points against Dominican Republic and 9 against Uzbekistan in one of the greatest individual performances we've seen so far in the competition. The 23-year-old leads all players in the scoring charts, ahead of 2 men: Zou Yang (China, 20 points) and Nations League MVP Lorenzo Thirouard-Samson (France, 19 points). Romania's 3x3 rising star Ana Maria Pop came up clutch in overtime against Chile to win the game and bring the Bucharest Circus audience on its feet.