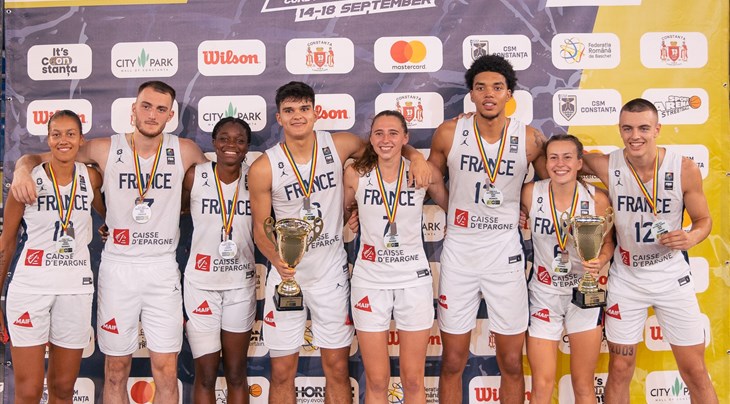 CONSTANTA (Romania) - France won both in the men and the women's categories at the FIBA 3x3 Nations League 2022 in picturesque Constanta, Romania on September 16.

The two French teams dominated the fifth edition of the competition dedicated to players under the age of 23 (including U21 teams), which featured 11 different conferences and started in May.

The high-flying Lorenzo Thirouard-Samson was named MVP after leading France in points and finishing third overall in the scoring charts. To add to France's tour de force in the iconic seaside resort of Constanta, the women's final had France U23 face off... France U21. The reigning champions won their second consecutive Nations League title after a final 22-17 success against their younger countrywomen.

The versatile Camille Droguet (who also won the final last year, as did teammate Noémie Brochant) took home the MVP trophy after topping all scorers in Romania.