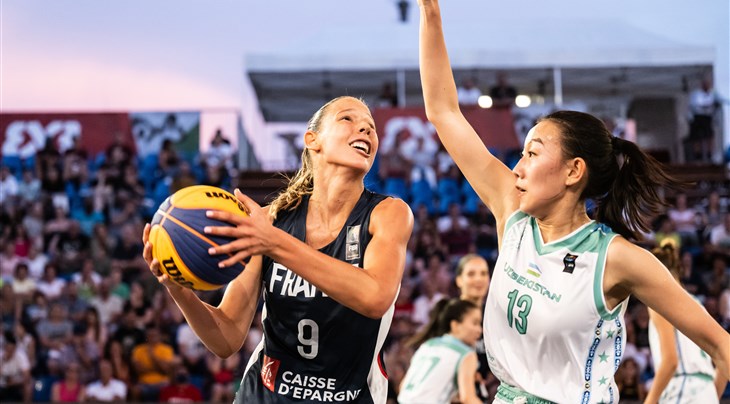 DEBRECEN (Hungary) - Two-time FIBA U18 World Cup winners France impressed on the opening day of the FIBA 3x3 U18 World Cup 2022, which takes place in Debrecen, Hungary, from August 23 to 28.

"Les Bleues" sit on top of Women's Pool B after their two wins against hosts Hungary (14-8) and Uzbekistan (21-7). Philippine Delpech led the French side with 11 points combined. Rembember the name, Choijilsuren Chimedtseren. Mongolia just produced another 3x3 prospect. The 18-year-old went off against Latvia with 12 points.

This one was a thriller! Kyrgyzstan defeated Mongolia in one of the best games of the day at the 3x3 U18 World Cup with 9 points from Roman Tikhonoc, including the game-winner when the game was tied 20-20.

The action resumes tomorrow August 24 with Men's and Women's Pool A, C, and D stepping on the Enlio court.

The FIBA 3x3 U18 World Cup takes place in Debrecen, Hungary from August 23 to 28 and you can follow it live on the FIBA 3x3 YouTube and Facebook pages. You can also join the conversation using the hashtag #3x3U18