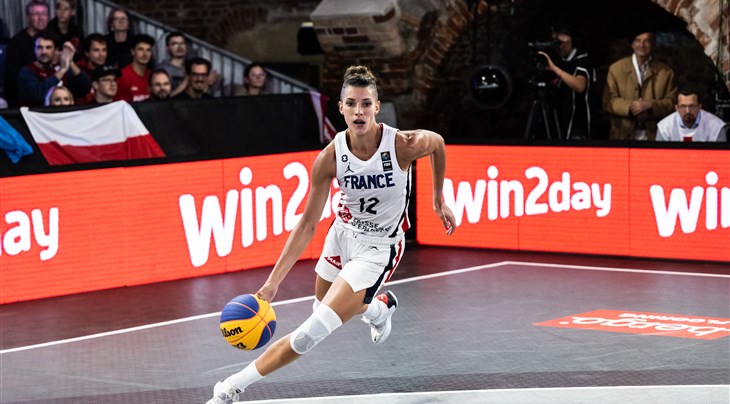 Two-time Europe Cup winners (2018, 2019) France started the Europe Cup 2022 with two wins and advanced on top of Pool B. "Les Bleues" took an early lead against both Switzerland and Romania and never looked back (20-15 and 19-9 respectively).

Myriam Djekoundade led the team in scoring with 15 points and also protected the rim as she hosted her own block party in Graz.

In the men's side, last year's Europe Cup runners-up Lithuania showed they are coming for gold this time. They suffered on their first game against a tough Hungarian squad led by Tamas Ivosev, who scored 12, but Darius Tarvydas and Evaldas Dziaugys combined for 14 points and took the W (19-18). In their second game, they defeated hosts Austria 21-15, once again thanks to an impressive Dziaugys, who finished the game with 8 points. Nico Kaltenbrunner put the crowd on its feet in Austria's opener against Hungary with 12 points, just one shy of the entire Hungarian squad

QUALIFIED TO THE QUARTER-FINALS (on Day 1)
Men