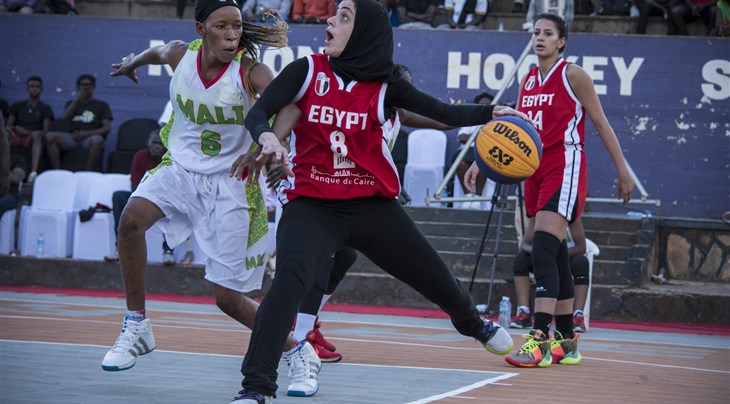 There was much anticipation for the revealing of the event's fourth edition, which will return for the first time since 2019. It is the second edition of the U17 Africa Cup, where the continent's hottest prospects are set to put on a show.

There are eight teams per gender in both events.

In the men's draw of the Africa Cup, defending champs Egypt are the top seed and hoping to put on a show for the home fans. Egypt enjoyed an upset victory over Slovenia during the Crelan FIBA 3x3 World Cup 2022 in a glimpse of their potential. They will be the team to beat in Pool A which also features Rwanda, Botswana and Madagascar.

In the women's, defending champs Egypt will have their sights on topping Pool A, which features Tunisia, Rwanda and Madagascar. They had a tough time at the World Cup this year, but should be better for the experience.

Egypt will want to prove they are Africa's best at an event they dominated three years ago, where star Soraya Mohamed was a human highlight reel.

Kenya receive top billing in Pool B and will be pitted against Benin, Democratic Republic of the Congo and Morocco.

In the U17 Africa Cup, the talented youngsters of Egypt will be looking to defend their men's crown from the first edition three years ago (then played at U18 level) and face Algeria, Morocco and Zambia in Pool A.

They will hope to continue Egypt's encouraging run at youth level after the African power split their games at the recent FIBA 3x3 U18 World Cup 2022.

Benin headline Pool B, which also features Democratic Republic of the Congo, Kenya and Rwanda.

In the women's, Egypt again have top billing. The host plays Algeria, Kenya and Zambia.

Expectations are high with impressive talent coming through the ranks for Egypt who won 2 of 4 games at the U18 World Cup 2022.

Pool B is made up of headliner Democratic Republic of the Congo, Benin, Morocco and Rwanda.

The winners of this year’s Africa Cup will qualify for the FIBA 3x3 World Cup 2023, which is part of the qualifying path to the Paris 2024 Olympic Games.