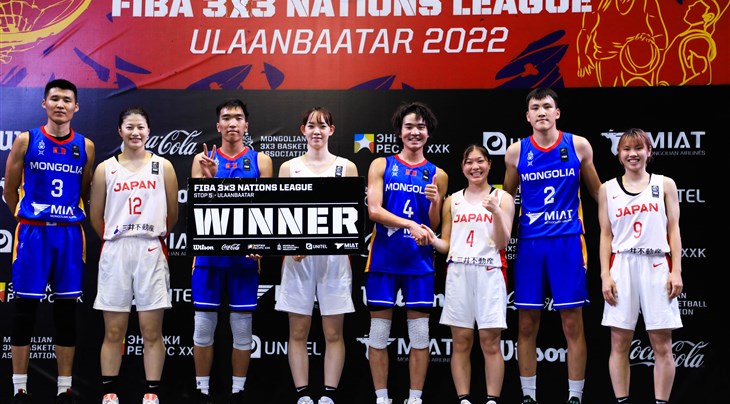 ULAANBAATAR (Mongolia) - Japan's women and Mongolia's men dominated the FIBA 3x3 Nations League U21 Asia conference in Ulaanbaatar, Mongolia from July 4 to 10 and advanced to the Nations League Final on September 14-16, 2022.

In the men's, Mongolia won the first five stops and Azzaya Batkhuyag went to work. The 21-year-old led all scorers with 106 points in 15 games. Japan denied Mongolia's attempts at a clean sweep with a thrilling 20-19 victory in the sixth stop. Damilola Mosaku was a star for the vistors. He finished second overall in the scoring charts and made a few appearances on our IG.

In the women's category, Japan had a very similar dominating performance, winning 5 of 6 Stops having only lost the third leg to China, who finished second on the standings. Japan star Yua Emura had quite a week in Ulaanbaatar. The 19-year-old dragster scored a whopping 156 points in just 15 games. We may not have to look further for Mai Yamamoto's successor.

Mongolia's men and Japan's women won the first two tickets to the FIBA 3x3 Nations League Final, which will take place in Constanta, Romania on September 14-16, 2022.