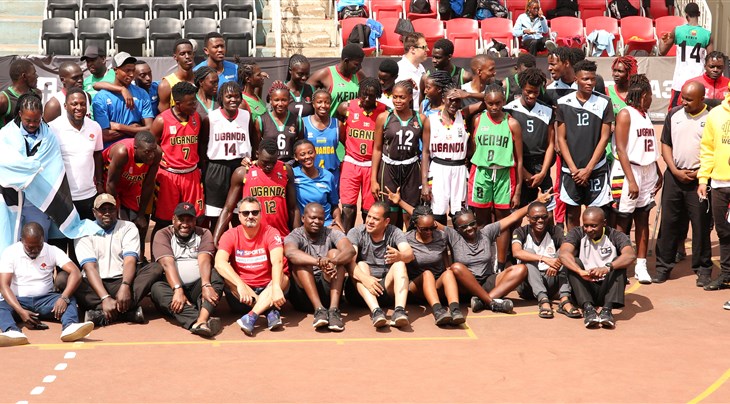 The two nations claimed the top prize in the six-day show that was held at the Kenyan capital city, resulting in both teams earning a ticket to the FIBA 3x3 Nations League 2022 Final, which will take place in Constanta, Romania on September 14-16.

In the women’s category, the Kenyan hosts reached the final in each one of the six stops and won three of them, including the last two. They got the better of Uganda (who won the other three stops) 15-12 in the final of the last stop. In the last stop for girls, it was a give and take battle between Kenya and Uganda before the host won this closely and fiercely fought contest.

"I am happy we have qualified. We were prepared mentally. We moved the ball alot and but had problems scoring under the rim. In the last three minutes we scored only one point." Said Kenya coach Tony Ochieng "We feel good. Today we said we must win this one and we did. I realised that number five (Peris Nyamwenge) was giving us problems and I decided to take care of her. We are happy to lead in Africa." Kenya captain Achieng said.

The Ugandan women were led by Shakira Nanvubya who scored managed to score six points as Mary Amaniyo provided five. In the men’s category, Rwanda also reached the final in each one of the six stops and won four of them. They lost a thriller 21-20 to Uganda on the sixth stop but still led the overall standings.

Emile Kazeneza was the team’s leading scorer in Nairobi with 89 points in 16 games. He finished second overall in the scoring charts, behind Uganda’s Fayed Baale, who had 109 points in 14 games. 75% of his points came from behind the arc (41 shots from deep in 14 games!).

Other than the host Kenya, the other four countries that graced the show were Benin (U21), Botswana, Uganda and Rwanda.

The Nations League makes a quick return on July 26-28 with Stops 4-6 of the U23 Europe East in Kaunas.