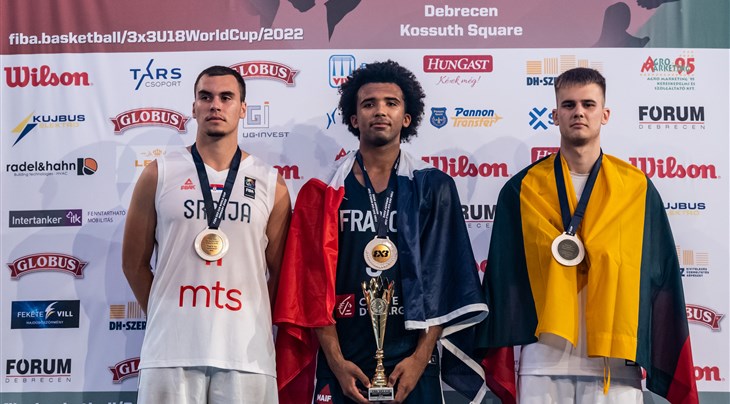 DEBRECEN (Hungary) - France's Rudy Ekwakwe Priso was named MVP of the FIBA 3x3 U18 World Cup 2022 after leading France to a historic gold medal in Debrecen on August 28.

Ekwakwe Priso was named MVP of the competition after leading France to their first-ever 3x3 U18 World Cup gold medal in the men's category. The lefty sharpshooter led his team in scoring in Hungary and nailed the game-winning two-pointer for the championship in the final.

The 17-year-old was joined on the Team of the tournament by Serbia's Milan Suput, who took home the silver medal and Lithuania's Rokas Jocys, who took home bronze and led all scorers in Debrecen with 81 points (18 more than anybody else in the field).