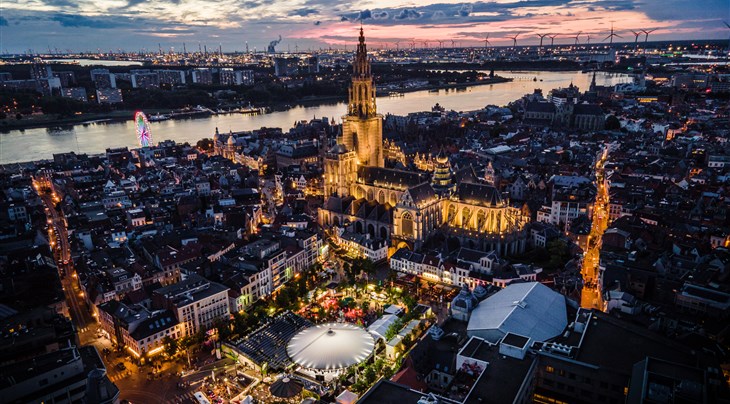 ANTWERP (Belgium) - We asked Milad Payami and Viktor Rebay, our two official photographers at the Crelan FIBA 3x3 World Cup 2022, to each pick their five best pictures from the event and to explain why. Here is what they had to say: A mix of emotions. On the one hand, you are super nervous and sad to see this moment where [Canada's] Kacie [Bosch]’s face is full of blood but on the other hand, you need to focus and capture this moment. As she was going back to the bench, the medical team was fast approaching her. So I had maybe a few seconds to capture this moment. And when I saw the drop of blood on her eye, I knew I would have only one chance to get this shot. Only one shot. And I could capture one of the most epic photos of my career. The thing that made this photo more pleasant to me was that she was absolutely fine. Thank you Kacie ! This shot brings a lot of originality, drama and exposure to 3x3. It’s like a movie scene that wants to put a subject into the spotlight. If I wanted to shoot a movie from this moment I would have chosen the same elements for my shot. A player with a lot of smoke and hype is stepping up for 3x3 ! If we needed a great ending for an epic tournament, nothing would have been better than a romantic proposal on the court from one of the medalists. And we had one. A moment to remember! A moment where I was shooting while having tears in my eyes. And for sure this shot will always stay on my mind and on anyone adoring this beautiful moment. And of course the place to be ! The beautiful Antwerp. We were playing in a unique location. In the heart of Antwerp. And the only way to do justice was to capture its beauty in one shot. And this is the shot for me without any doubts. Direct sunlight, hard shadows, and constantly changing environment make 3x3 difficult to shoot. But the rare occasions, when light and shadow appear exactly at the right place and moment, something special can be captured. The photo about tournament MVP Laetitia Guapo (France) was taken behind the scenes, showing her concentration, before players enter the stage. Julie Vanloo was playing with heart and incredible energy during the whole competition. Her, the flying hair and the background of the amazing packed venue make this photo very special to me. Antoine Eito got injured during the semi-final against Lithuania, but he finished the game and did everything he could to win it. In the end, France lost by one point, and played against Belgium for the bronze medal. Eito was on the court again - on the bench, encouraging and coaching the rest of the team - but his pain was clearly visible. This EPIC battle was one of the best 3x3 games I have ever witnessed. It ended with a 10 minute,10 second-overtime, the longest one in 3x3 history. The photo was taken after the final buzzer, when emotions were finally freed. A lot of Serbian fans were cheering in the final, giving great support for their team. After Marko Brankovic clinched the title from the free throw line, I went behind the team, to take celebration photos where the connection between the fans and the team is visible. With the Antwerp Cathedral in the background, I also tried to frame a small part of this beautiful city in this photo. We were following this story from day minus one, when this lovely couple asked for some extra photos together at the end of the regular photoshoot. On the last day of the tournament, when Marijus [Uzupis] asked for the mic during the podium ceremony, I almost immediately suspected what is gonna happen. Luckily, I had the chance to move around the court, and find a special angle to take my shot. I composed my frame with all the other cameras in the background, to show how special this proposal was. Martyna, Marijus, I wish you all the happiness!