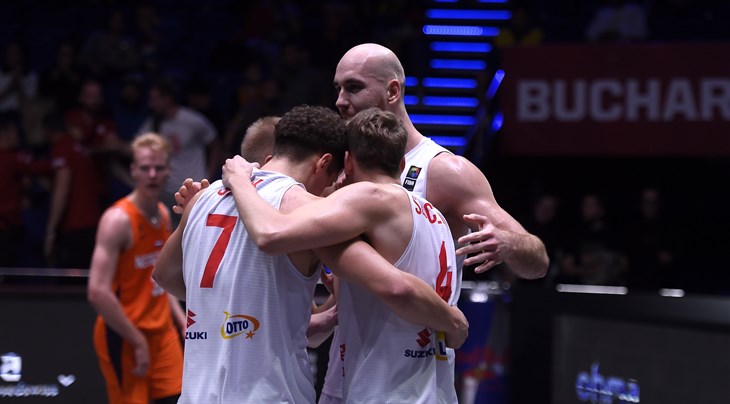 BUCHAREST (Romania) - Poland's men and France's women highlighted the third day of the FIBA 3x3 U23 World Cup 2022 in Bucharest on October 7.

Poland's men were unstoppable today and finished on top of men's Pool A after two convincing wins over Ukraine (21-12) and then the Netherlands (21-17) to secure that first place in the group. Mateusz Szlachekta finished as the team's top scorer with 30 points after the 4 games of pool play, with Adrian "The Giant" Bogucki adding 27.

France's women are pursuing a new title and were not denied in pool play, finishing with a 4-0 record. Today, they broke Romania's heart with a 21-14 win against the hosts and then defeated Ukraine 22-6 in a great performance both on offense and defense. Anna Ngo Ndjock was once again France's leading scorer, finishing the pool stage with 24 points. Lexie Hull was flexing on everyone once again in the Bucharest Circus scoring no less than 15 points in USA's win over Japan (20-14) and then 6 in their victory against Mongolia (21-12). Still not impressed? She leads all scorers in Romania with 43 points in 4 games.

October 8 (Saturday) will see the bracket completed as 4 men's teams and 4 women's teams will get the last spots to the quarter-finals.