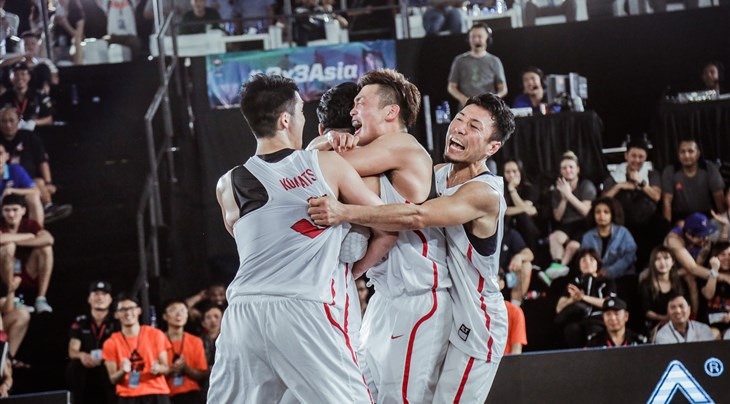 SINGAPORE - The FIBA 3x3 Asia Cup returns for its fifth edition this year and will see 53 teams from 30 countries battling it out to win the trophy. Set to take place from July 6-10 at the event plaza of Marina Bay Sands, the game - with its rising popularity over the years - has reached a significant high in participation numbers. The previous record was set in 2019 with 40 teams from 23 countries.

A total of 30 men’s teams and 23 women’s teams have registered for the number one 3x3 national team competition for teams based in Asia and Oceania. The main draw will start on the third day of competition with the exact same number of teams (12) from each gender.

The other 16 teams will need to make their way from the qualifying draw, which will include 5 pools and only the winners advance. 2018 winners New Zealand and 2019 runners-up Kazakhstan will for example need to earn their spot in the main draw. Several contenders will be knocked out early as for instance Pool B features Thailand, Philippines and Jordan and Pool C is headlined by Iran, Indonesia and the Republic of Korea.

In the men’s category, just 3 teams have a spot guaranteed in the main draw: the hosts (Singapore), reigning champions (Australia) and the best-ranked team in the FIBA 3x3 Federation Ranking on the November 1, 2021 cut-off date (Mongolia).

The rest (27 teams) will have to go through the qualifying draw, consisting of 9 pools of 3 squads. This includes the winners of the inaugural edition (in 2013), Qatar and the bronze medalists of the last edition, China. Basketball powerhouses Iran and the Republic of Korea will meet in Pool F, together with Kuwait. Pools B (Chinese Taipei, Thailand, Vietnam) and C (Philippines, Indonesia, Jordan) will provide early clashes, before the main draw even begins.

Ticket sales will open to public from June 2022 onwards.