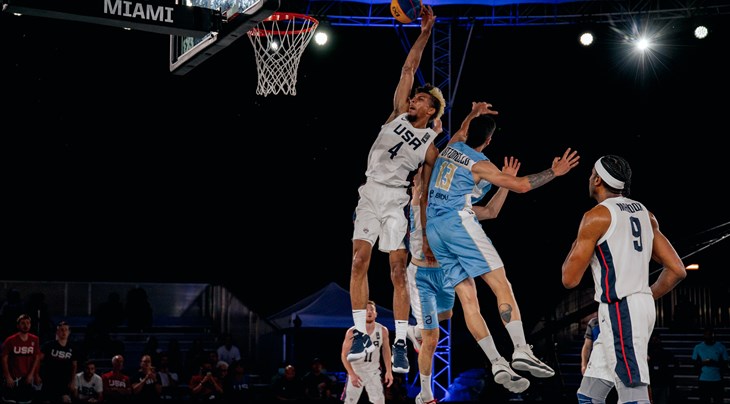 After winning the first ever edition 12 months ago, USA return to glitzy Miami once again as favorites with back-to-back titles in their sights.

USA's star-studded team is headlined by former NBA player Jimmy Fredette, who will be making his international FIBA 3x3 debut but has built up recent experience on the half-court through tournaments back home.

After a spectacular college career for BYU, where 'Jimmermania' became a phenomenon, Fredette is set to light up 3x3 and he'll be also be joined by Dylan Travis, who will make his USA debut having starred for Omaha 3BALL on the FIBA 3x3 World Tour in recent seasons.

The women's team is stacked with WNBA players Veronica Burton, Lexie Hull and NaLyssa Smith, who will make her 3x3 debut. All 3 of them were drafted in the top 7 of the 2022 WNBA draft.

Burton and Hull were part of USA's silver medal performance at the FIBA 3x3 U23 World Cup 2022 in Bucharest, while Camille Zimmerman plays for EXEWING on the FIBA 3x3 Women’s Series 2022.

Popular ESPN commentator and former college coach Fran Fraschilla and Jen Rizzotti, who has coached USA Basketball’s teams in the World Tour and Women’s Series, will take the reins.

A record number of 31 teams from 19 countries will compete in the event's second edition.