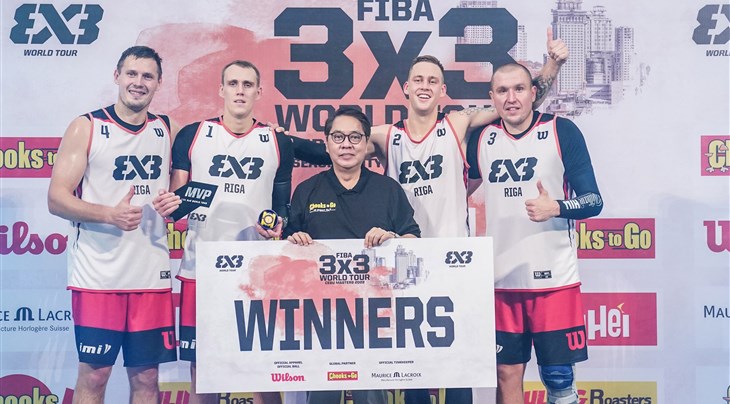 There was plenty of hype over the star-studded contest featuring the top two seeds and superstar Karlis Lasmanis made a fast start with a two-pointer to fuel the electric atmosphere in the absolutely packed Shopping Mall Seaside. Riga took control of the game and got some breathing room when sharpshooter Edgars Krumins hit from distance to give the Latvians a 14-9 edge.

Antwerp stormed back on a 8-0 run to regain the lead, but Nauris Miezis came to the rescue. The 'Maze' scored big shots after big shots, including his team's last 7 points and finished the job on the free-throw line to give Riga their second Masters title of the season, after Montreal.

Miezis finished with a game-high 10 points to deservedly win the MVP after he finished second in player value (49) and equal top in points (40).

After struggling in Utrecht, Antwerp bounced back but were unable to win their second Masters title after winning in Debrecen.

The FIBA 3x3 World Tour is back (October 7-8) with the Paris Masters.

Wilson is the Global Ball Partner. Wilson is also the Apparel Partner, Maurice Lacroix the Official Timekeeper and Chooks-to-Go the Global Partner of the FIBA 3x3 World Tour 2022.