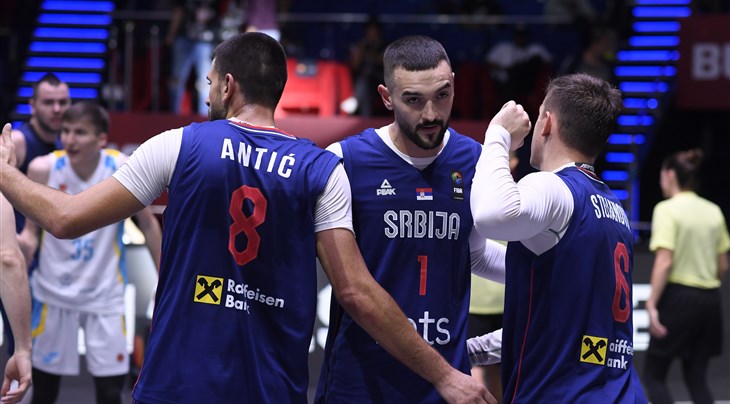 BUCHAREST (Romania) - China's women and Serbia's men couldn't be denied on Day 2 of the FIBA 3x3 U23 World Cup 2022 in Bucharest, Romania on October 6.

Different age group, same result. Serbia's dominance remains regardless of the age category as they dominated the second day of competition at the 3x3 U23 World Cup with two wins against Kazakhstan and Qatar, both with the same result, 21-16. Milos Antic, with 16 points and Nikola Kovacevic, with 15, led the Serbians in scoring.

And what to say about China? The 3x3 Asia Cup 2022 winners took care of business with two strong performances against Lithuania (21-4) and Israel (21-7), showing not only their offensive versatility but the second best defense at the event so far (their 11 points conceded is tied with France and just behind USA, with just 6 points against). Mingling Chen led the team in scoring with 14 points. Eimantas Zilius was colder than Vilnius winter and delivered a clutch game-winner in overtime against Egypt to start the tournament (19-17) and then went off against Japan with another 9 points to seal win number 2 for Lithuania. With 18 points overall, the 23-year-old ranks 4th overall in scoring after 2 days of competition. USA women's star Lexie Hull still tops the scoring charts with 22 points in 2 games.

October 7 will see the first teams advancing to the knock-out stage as we go back to Men and women's pools A and C.