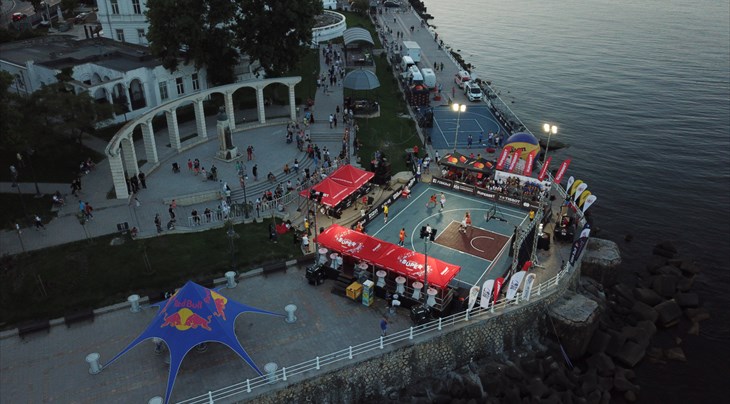 CONSTANTA (Romania) - Constanta is ready, for the fourth time in five years, to host one of the FIBA 3x3 Europe Cup Qualifiers.

Scene to some memorable matchups and some 3x3 legendary players in the past years, Constanta Qualifier, an event supported by the local city hall, will see this year a slight change of generations, marking the beginning of a new Olympic cycle.

Coming after an impressive season in the Nations League, winning the whole thing last year in Bucharest, Poland men's team is the heavy favorite for one of the two boarding passes to Graz. The new generation of Polish players, including the control tower Adrian Bogucki, are stepping on the footpaths of Michael Hicks or Rduch brothers, who brought their nation some impressive 3x3 results in the past.

Coming as second seed, Spain is bringing back Alex Llorca , who felt the taste of victory on the Romanian soil here in Constanta, as part of the team that qualified for the FIBA 3x3 Europe Cup 2018 in Bucharest. The Spaniards are combining players from professionals 3X3 teams of In their quest to get another ticket to the 3x3 Europe Cup.

After finishing on the podium last year in the Women’s Series, Poland is now in search for glory also on European level. They are coming in Constanta Qualifier as the number one seed, but they will face some heavy competition. The hosts, Romania, never missed an Europe Cup so far and are counting on some big names for this Qualifier, including Olympians like Anca Stoenescu and Sonia Ursu, the rising star Alina Podar and the Gonzaga alumni Ana Maria Virjoghe.

Don’t count them out

Hungary, Czechia, Latvia and Italy are all keeping in their sight the third and last spot offered in Constanta Qualifier. Led by Klaudia Papp, two-times World Cup runner-up, Hungary seems they are becoming stronger and stronger in the rebuilding process after missing the Olympics, while Czechia is relying on youth star Alžběta Levínská in their try to book a direct flight to Graz.

On the men’s side, Hungary, Estonia and Czechia seem like the teams ready to make it a step forward and threaten the dominance of the favorites. The Hungarian side, let by Attila Demeter will be definitely a tough team to beat.

Also, we should not count out the hosts, Romania, with Cristi Mainea, the Nations League 2021 MVP who, together with Alex Coconea, were part of the team that shocked the 3x3 world by beating USA back in the U23 World Cup 2019.

Great Britain will be also very interesting to watch and they are ready to make it to the next level this year.

In the men's category, the winners of the semi-finals will qualify to the Europe Cup.

Besides that, the best third in the men's category and the best fourth in the women's category (comparing the Romania and Israel Qualifier) will also earn a ticket to Graz.