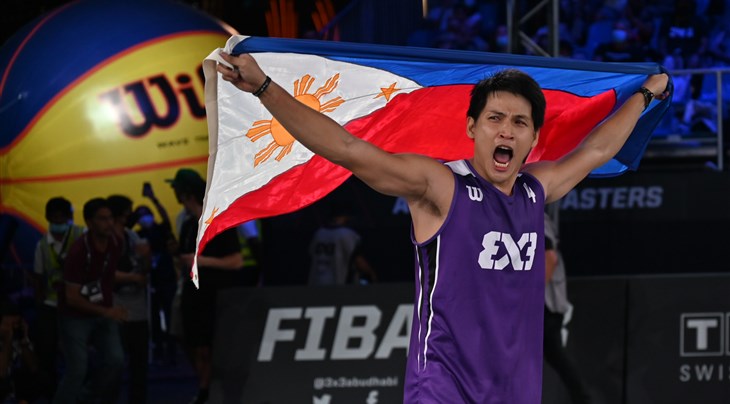 MANILA (Philippines) - The wait, thankfully, wasn't long for the second stop in this season's FIBA 3x3 World Tour with the Manila Masters on May 28-29 set to explode.

Here are five reasons you just have to watch it for free on our Facebook and YouTube channels.

The top three teams are in the draw

It's a loaded fielded headed by the top three ranked teams in the world - Ub (SRB), Antwerp (BEL) and Liman Huishan NE (SRB).

Ub are coming in red hot having won in Utsunomiya, including beating rival Liman along the way with a classic OT victory in the quarters. If they meet again in Manila, look out!

After such a devastating defeat, Liman will be out for revenge like four John Wicks and everyone knows these Serb warriors play their best when angry.

No.2 seed Antwerp made the semis, again, in Utsunomiya but that was an incredible achievement considering they played without a sub. The Belgians are fully stocked in Manila and welcome newcomer Caspar Augustijnen, who makes his debut on the World Tour and the towering 23-year-old can do a bit of everything.

We can't wait to see him in action as a determined Antwerp vows to break their World Tour title drought.

Get ready for the Mongolian invasion!

This is far from a three-horse race and as 3x3 OGs you well know by now that anyone in the race can go all the way.

And it might just be a team from Mongolia - where 3x3 has enjoyed such an incredible rise to be the country's most popular game - who enjoy their first triumph on the World Tour as they boast four really good teams in Manila.

Underlining their depth and talent, Mongolia is quickly emerging as a 3x3 force but are craving a W on the World Tour with their teams mostly missing the pro circuit the past two Covid-19 impacted seasons.

And these teams have been in-form so far on the pro circuit, including the country's mainstays Ulaanbaatar MMC Energy strengthened by the prized addition of Canadian legend Steve Sir, who rest assured still has the shooter's touch.

But Zaisan MMC Energy, winners of the Ulaanbaatar Super Quest, Sansar MMC Energy and Zavkhan MMC Energy are all knocking on the door and want to prove they are Mongolia's best.

There will be a ton of stars

We've got four of the top five ranked players in Manila - Strahinja Stojacic, coming off his MVP in Utsunomiya, his Ub teammate Dejan Majstorovic and Antwerp's deadly duo Nick Celis and, of course, Thibaut Vervoort, who was the leading scorer in Japan.

Throw in's Liman legends and there are more stars than on reviews for Top Gun:Maverick.

But it's not just about those familiar faces. There are a lot of other guys who are ready to make a jump and prove to the world they are legit having dominated the pro circuit so far this season.

3x3 returns to the Philippines!

For the firs time since 2015, the World Tour arrives in the Philippines. You know, arguably the most obsessed hoops country in the world!

And they absolutely love 3x3, where its players are national heroes and games featuring Filipino teams are watched in record numbers.

There is nothing like watching a 3x3 game with Filipino fans in the bleachers and raising the volume like it's karaoke night. They are loud, passionate and so much fun adding to what will be an incredible vibe in Manila. The dunk contest will be lit

Everyone's favorite contest won't disappoint with local fans to get right behind Flipino dunker David Carlos aka 'Air David'. He might only be 5ft. 9in (1.75m) but there's good reason why he has such a catchy nickname.

'Air David' jumps so high it's like he has springs in his shoes, as he memorably showed when he won the dunk title in Abu Dhabi last year.

But he's not the only dunk champ in the draw with Aussie Brodie Stephens having won the title in Chengdu almost exactly three years ago.

He can leap higher than a kangaroo and aims to spoil the local party willing 'Air David' to take the crown.

It's not just a dunk off between them, however, with newcomer Kyuho Lee making his debut.

We can't wait to see what the high-flying Korean has to offer.