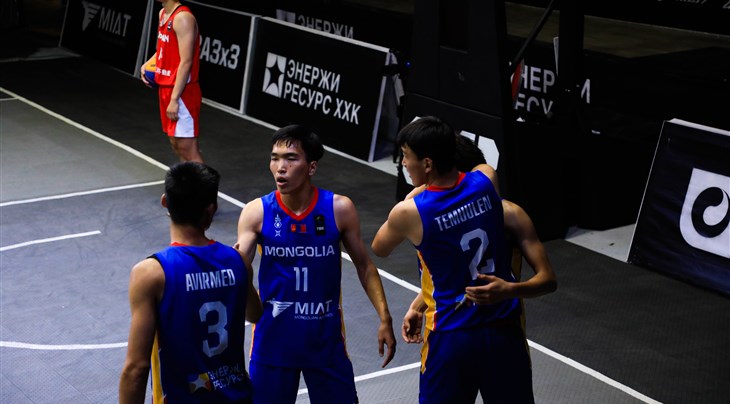 CONSTANTA (Romania) - Top seeds Mongolia U21 (men's) and France (women's) will be tested in pool play as the schedule was announced for the much anticipated FIBA 3x3 Nations League Final 2022, which will take place in the picture perfect city of Constanta, on the shores of the Black Sea, on September 14-16.

After hosting multiple high level international 3x3 events in the past and a Europe Cup Qualifier earlier this year, Constanta continues to be a prime destination for 3x3 with the Nations League Final (and the Women's Series Final, which will be held on September 17-18).

Pool B features an impressive Spanish team, which knocked out powerhouses like France, Germany and the Netherlands in the Europe West conference and 2 of the most talented U21 teams in the field: Lithuania U21 and Israel U21 - led by the one-two punch of sniper Yonatan Levy and Gill Noyovitch - who beat all the U23 teams in the Europe Central conference en route to the Final.

No.3 seed Lithuania are hoping to continue the hoops crazy country's impressive results in 3x3 international competitions in 2022. They do battle with Israel and Egypt, who won their Conference at home with 21-year-old showstopper Ibrahim Hesham Amin Ibrahim a stand out.

Pool D sees a bucket load of young talent with No.4 seed France U21 battling the confident Czech Republic U21, who were eye-catching in the U21 Europe East Conference and led by dominant big fella Martin Svoboda, and Rwanda.

In the women's, No.1 seed France are hoping to continue their remarkable year in 3x3 after taking out the Crelan FIBA 3x3 World Cup 2022 and recently completed FIBA 3x3 Europe Cup 2022.

France's chances of adding more silverware to their stacked trophy cabinet look very realistic after they completed a near flawless campaign in the Europe West Conference on home soil.

It won't be easy for them against Italy, who finished top of Europe South Conference where Sara Madera was unstoppable, and Africa North Conference winner Egypt.

France's depth of talent is underlined with their U21 team the No.2 seed but they face tough tasks against host Romania and hoops power USA.

The No.3 seed will have blockbusters against lethal Lithuania and the always entertaining Hungary in a Pool C that surely is the 'Group of Death'.

Last but certainly not least, young sensations Japan U21 and Lithuania U21 will meet in a Pool D showdown, while Kenya should not be overlooked.

The FIBA 3x3 Nations League Final is organized by the Romanian Basketball Federation, together with Sport Arena, and is supported by the Constanta City Hall and CSM Constanta.