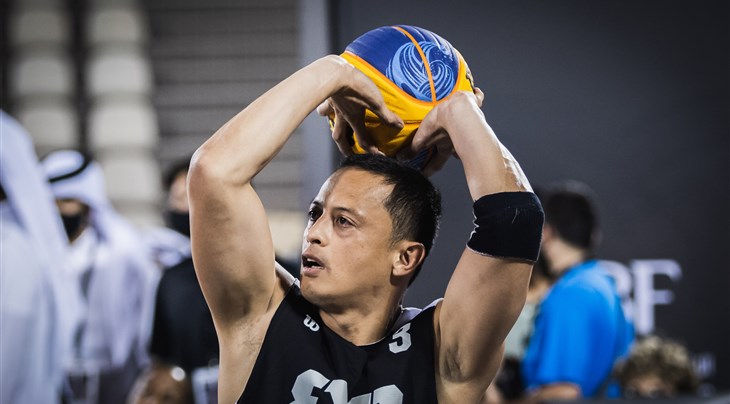 MANILA (Philippines) - Eight desperate dreams will be aiming for early season momentum on the pro circuit at the Asia Pacific Super Quest on April 30 as they eye coveted spots at next month's Manila Masters.

Teams are raring to go ahead of the 11th season of the FIBA 3x3 World Tour and that should ensure a fierce battle in Manila in a perfect opportunity to familiarize with the capital city of Philippines, which will host the second Masters of 2022 on May 28-29.

Let's look at all the vital information before the action heats up at the one-day 3x3 feast and in an event known for insane finishes.

Tokyo Dime are the defending champs and obviously have great memories of Manila, particularly Masahiro Komatsu who hit the crazy two-point Buzzer Beater to win the title in the last edition.

He returns to his favored hunting ground and will form a deadly duo with experienced Keita Suzuki who has not lost a step. After some encouraging results in 2019, Tokyo Dime's momentum was derailed by the Covid-19 pandemic and they are hoping to return back to the World Tour for the first time in three years.

But there is serious competition in Manila underlined by top seeds Zaisan MMC Energy and Sansar MMC Energy who are both from Mongolia to underline the country's serious depth.

Both teams are professional, and boast some of the 30 players who are full-time in Mongolia, with No.1 seed Zaisan full of young talents, including three players aged 22 and under. You will want to keep an eye out on 6ft.5in (1.96m) and 115kg/253lbs Altangerel Batsaikhan who is stronger than an ox.

Sansar have some well known Mongolian stars including ice man Anand Ariunbold - you haven't forgotten his heroics at the FIBA 3x3 U23 World Cup 2019, right - and Enkhbaatar Onolbaatar, who is one half of the country's most famous siblings with his sister and women's 3x3 star Khulan memorably having been Mongolia's flag-bearer at the Tokyo Olympics.

It could well be an all-Mongolian final, but it won't be so easy.

It's a small field but there are dark horse contenders led by Indonesia's Tangerang, who come into Manila red hot after recently winning the ABL 3X3 International Champions Cup.

They boast newcomer Jamarr Johnson who might just be a breakout star on the pro circuit as Tangerang aim to prove their triumph in Bali was no fluke.

There are three Filipino teams in the draw and will need to be taken seriously as they have a a not so secret weapon - their super crazy fans willing them on. Perhaps the best of them appears to be Manila Chooks who boast Filipino 3x3 legend Chico Lanete. Trust us, this veteran can still hoop with the best of them.

Last but not least, Melbourne Hoop City will feature the Australian splash brothers Tom Wright and Andrew Steel, who won the FIBA 3x3 Asia Cup 2019 together for Australia. They lead a rejuvenated and athletic team that could finally put Australia on the World Tour map.