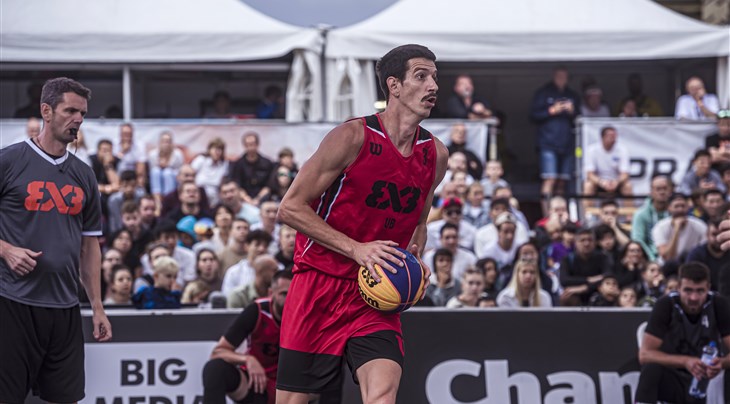 There's no stopping Ub Huishan NE (SRB) this season. The Serbian squad, who claimed both the Utsunomiya Opener and the Manila Masters this year, made another statement in Prague after dominating Pool A with 2 wins over Tel Aviv (21-13) and local favorites Ostrava Victoria (21-11).

3x3 World Tour 2020 winners Riga also started with the foot on the gas in Prague. Led by Arturs Ausejs, who scored 13 points against Hamburg, they also remain undefeated after pool play after taking down Marijampole Mantinga (LTU) in their second game of the day (17-16)

Tel Aviv's Nenanel Artzi put on a show in Prague. He led the Israeli team all the way from the Qualifying Draw to the quarter-finals with 14 points and was dunking on almost every possession.

Arturs Ausejs finished as top scorer of the day with 19 points, including 13 in Riga's win over Hamburg. He also finished as #1 in Player Value.

Gil Beni (Tel Aviv) was the player to watch with 10 highlights and 8 key assists.

Ub Huishan NE had the best shooting value (15.6) and averaged 21 points per game.

Watch Day 2 of the Prague Masters on our YouTube Channel