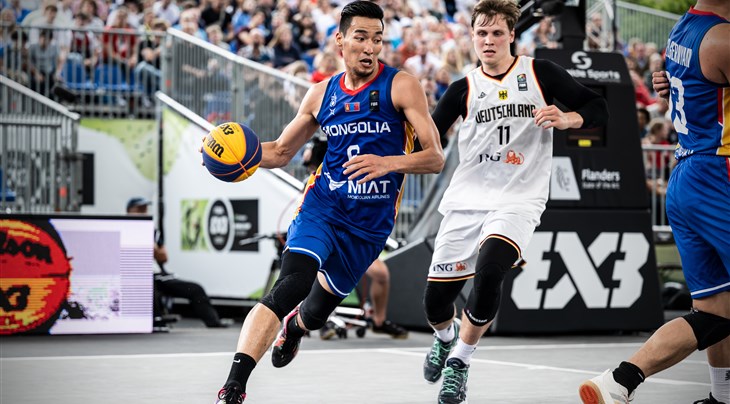 USA's women bounced back from adversity in an incredible comeback against France, punctuated by a beautiful fall-away shot courtesy of 20-year-old rising star Hailey Van Lith in overtime. Earlier today, USA survived another scare against a talented Brazilian team (18-14).

Mongolia's men also took care of business in Groenplaats by first defeating Germany (19-16) and then getting a comfortable win against Chile (20-12) to book their ticket to the play-in of the Crelan FIBA 3x3 World Cup 2022. Anand Ariunbold led the squad with 15 points combined.

Also undefeated on Friday: Poland's women (who became the first team to beat the Belgian hosts in the tournament) and Netherlands' men, who beat the Olympic champs Latvia thanks to an orange-hot Jessey Voorn.

Did we talk about Hailey Van Lith already? We already mentioned the clutch shot against France. HLV was in MVP mode. After scoring 8 points on 6-11 shooting against Brazil, the U18 World Cup 2019 MVP had 12 points on 8-12 shooting in the thriller against Les Bleues. Tomorrow (June 25), the 2nd and 3rd teams from each pool will participate in the play-in round to advance to the quarter-finals, where the winner of the pools await.

The action runs from June 21-26, and you can follow it live on TV and on social on the FIBA 3x3 YouTube, Facebook, Sina Weibo and Douyin pages, not to forget the FIBA account on Twitch. For more information, we have a 'Where to watch' article for you.