Who has dominated the FIBA 3x3 World Cup since its creation? 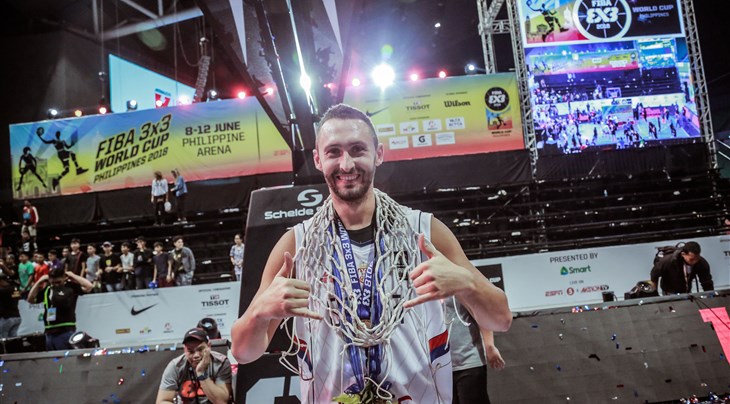 ANTWERP (Belgium) - The seventh edition of FIBA 3x3's biggest event is just weeks away and 40 men's and women's teams will be fighting for the World Cup crowns.

Before we find out who will be the kings and queens of the 3x3 throne, let's look back at the teams who have dominated the World Cup previously.

In six World Cups, Serbia's men have completely owned this event with four gold medals and a silver.

The 3x3 GOAT nation set the standard from the beginning after winning the first edition in 2012 with 3 superstars who would dominate through the decade for Serbia and pro circuit powerhouse Novi Sad - Dusan Bulut, Marko Savic and Marko Zdero.

Two years later, Serbia suffered a shock defeat in the final to underdog Qatar in one of 3x3's greatest upsets before regaining their mantle in 2016 with a thrilling victory over Team USA in arguably the best 3x3 game ever played.

With more hype than Doctor Strange in the Multiverse of Madness, the final lived up to the anticipation with Serbia proving they were 3x3 masters over a star-studded Team USA featuring future NBA players Alfonzo McKinnie and Myke Henry.

Serbia shredded USA's D as they shared like they cared to prove to the world that 3x3 required teamwork and chemistry. The Serbs won the title in style when Bulut hit an incredible step back 2 and he then subsequently jumped into the crowd to celebrate with his jubilant compatriots in one of 3x3's most memorable images.

That started a three-peat for Serbia, who won in 2017 and 2018 over the Netherlands on both occasions.

Serbia surprisingly missed the podium in 2019- after Poland's Michael Hicks went all crazy in the bronze medal game - but you just know in Antwerp they will be itching to prove they are still the gold standard in 3x3.

For inspiration, they just have to look at their full trophy cabinet.

It's probably not surprising to see the hoops power on this list although they haven't been quite as dominant as in basketball, which is testament to 3x3's unpredictability where anything can happen.

Still, Team USA have got their their share of Ws and dominated the early women's World Cups winning the first two editions in 2012 and 2014. Led by future WNBA stars Skylar Diggins-Smith, Bria Hartley and Chiney Ogwumike, USA were unbeaten in 2012 after surviving one-point thrillers against Australia in the semis and France in the decider.

USA defended their crown in 2014 with one of the most ruthless performances seen as they were barely challenged in Moscow. OGs will remember Jewell Loyd, Tiffany Mitchell and Cierra Burdick lighting up social media after being caught dunking during warm ups and the former WNBA player remains all in on 3x3.

It's been harder for the men's, whose famous 2016 team fell short, but they finally broke through in 2019 after being led by Princeton stars Robbie Hummel and Kareem Maddox.

France have been a consistent force in the World Cup in both genders. While French teams have yet to have major success on the World Tour, the men's national team pack a punch on the big stage having been runners-up in 2012 and winning bronze in 2017.

The French women have long been at the top of 3x3 starting with a runners-up finish in 2012 and their recent golden generation netted bronze medals in 2018 and 2019. Les Bleues again loom as a top contender in Antwerp.

The Netherlands become the Dutch Masters at World Cups having claimed silvers consecutively in 2017 and 2018.

With Jesper Jobse going to work in 2017, the Netherlands upset Team USA in pool play en route to a thrilling victory over Slovenia in the semis before falling to Serbia in the final.

It was deja vu a year later as the men in orange lost only twice for the tournament - unfortunately both times to their nemesis Serbia, including in a tight final.

After so much anticipation, they couldn't get the job done on home soil in 2019 but with their depth of talent continually rising, the Netherlands - including their talented women's team who have never reached the podium - will be eyeing glory in the neighboring Antwerp.