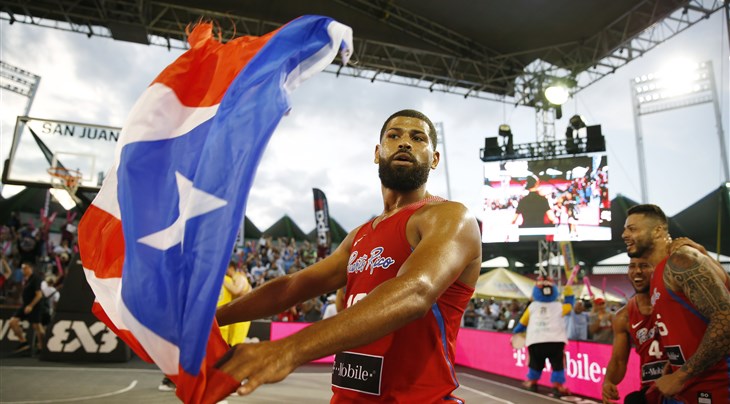 The Puerto Rico Basketball Federation will organize the 2023 edition of the FIBA 3x3 AmeriCup after two editions in Miami, USA.

“Puerto Rico has been host of a lot of quality FIBA competitions for both 3x3 and basketball, including the 3x3 World Cup Qualifier 2019 and the FIBA Women’s Americup 2021” FIBA Secretary General Andreas Zagklis said. “We are excited to bring 3x3 back to Puerto Rico, the home of the first-ever 3x3 World Tour winners back in 2012, for a tournament that is part of the qualification path to the Olympic Games.”

One team per gender will qualify for the FIBA Universality Olympic Qualifying Tournament 2, which will qualify one team from each gender to the Paris 2024 Olympic Games.

The event will be played at the T-Mobile District of San Juan.

"In collaboration with the Recreation and Sports Department, we will celebrate, for the first time, the 3x3 AmeriCup in Puerto Rico. We are ready to transform the T-Mobile District, one of the most modern, accessible, and fun venues on the island, to receive the delegations and offer fans a great show in December," said Yum Ramos, president of the Puerto Rico Basketball Federation.

“We are very excited to host the FIBA 3x3 AmeriCup here in San Juan, home of the first World Tour winners back in 2012. Puerto Rico has a lot of 3x3 tradition, our fans are the best and they deserve to experience a high-level 3x3 event like this. The event will be packed, very competitive and a total success.” said Oscar Hourruitiner, Executive Director of the Puerto Rico 3x3 National Team.

Every eligible national federation from the Americas is allowed to register a men’s and/or a women’s national team at the FIBA 3x3 AmeriCup.

As it is the case for every FIBA 3x3 national team official competition, the main draw of these events will feature the same number of men and women’s teams, who will play alternatively on the same court in front of the same fans.